Tulsi Gabbard: ‘We need to be clear-eyed about this’

Former presidential candidate Tulsi Gabbard reacted to President Biden’s recent comments about the MAGA movement as Democrats were accused of politicizing the anniversary of the 9/11 attacks on ‘Jesse Watters Primetime.’

TULSI GABBARD: There is a domestic threat to our democracy, and it is a very serious one. But it is not in the hands of a few powerless Americans who are pissed off and frustrated that our government is failing us. It is the threat coming from some of the most powerful people in our government.

Some of the people that I’ve talked about in the Biden administration – the national security state apparatus that’s being weaponized against our fellow Americans, again, because they voted against the president or because they disagree with his policies, [are] illing to sacrifice our country and our Constitution and our democracy so they can hold on to power. We need to be clear-eyed about this and not allow it to happen. We can’t fall for it. 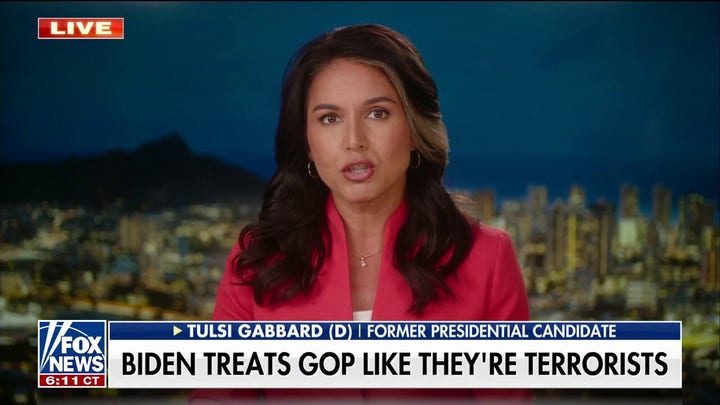