Two NYC teenagers, both 13, drown after being caught in rip current in Jamaica Bay

Two New York City teenagers drowned after being caught in a rip current at Jamaica Bay.

The boys, both 13, drowned after the their surfboard got caught in a rip current on Friday around 11.40am, Pix 11 reported.

The teenagers, whose names were not released, were on the surfboard when it was pulled 30-feet into a deep channel.

Witnesses told Pix11 that both were pulled under water and failed to resurface.

The boys, who were from Queens, were among a group of five friends who were celebrating the start of summer when they decided to go to the beach in Queens, an uncle of one of the boys told the New York Daily News.

‘Yesterday was the last day of school and they were just trying to have a good time, messing around like kids do,’ Michael Rachel told the publication. ‘They were out on the rocks but when the tide comes in you couldn’t see them. They’re gone. 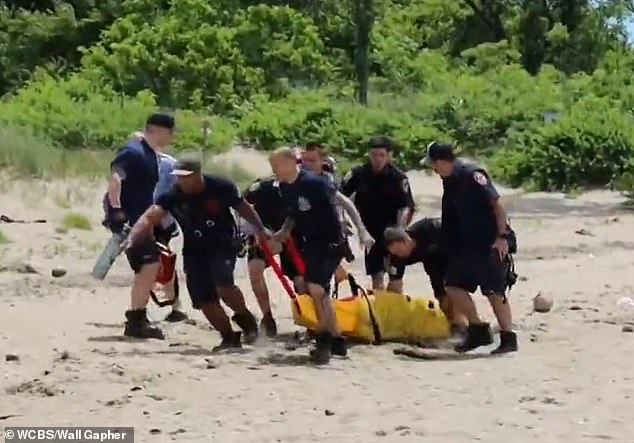 A group of firefighters rush one of the 13-year-old boys who drowned at Jamaica Beach on Friday toward an ambulance. Both boys were on a surfboard with friends when a rip current caught their board and dragged it 30 feet. The two boys reportedly fell off and never resurfaced 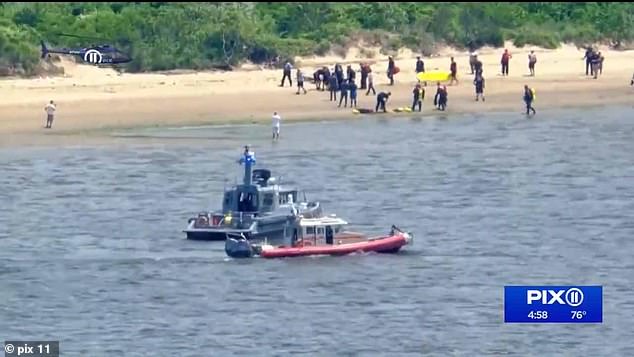 ”We’re suffering,’ he told the NYDN.

The portion of the beach they were at was unguarded and not all of the kids knew how to swim, a police source told the New York Post.

‘This happens all the time…they walked in the water about one to two feet deep, then the channel suddenly drops six to 10 feet deep, and some of these kids could not swim,’ the police source told the Post. 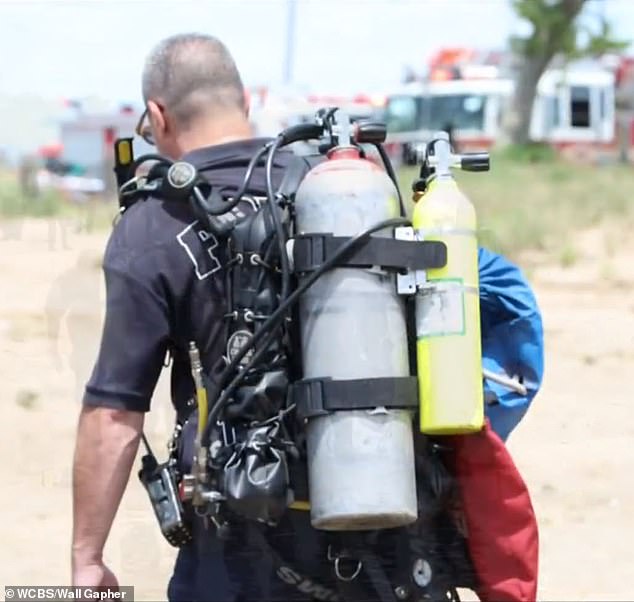 The FDNY sent nine divers, two helicopters, and boats out into the water to search for them. They found the first boy roughly an hour after they drowned and the second one 40 minutes later 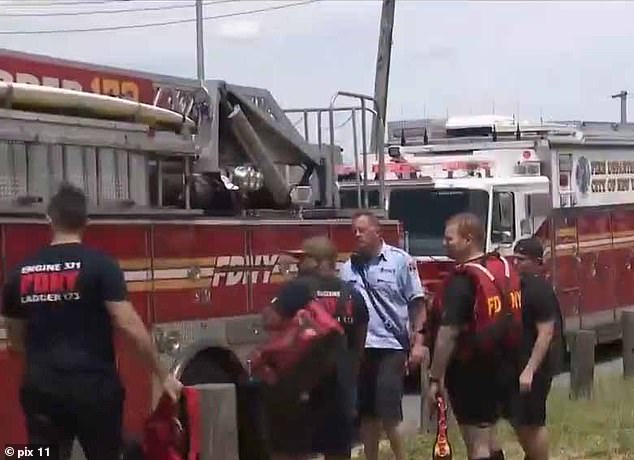 The other teenagers ran up the beach screaming for help, witness Isri Persaud said.

Persaud said the teenagers were waving their arms wildly before exiting the water.

The FDNY deployed nine divers, two helicopters, and boats into the water to search for the boys.

They pulled the first boy out of the water around 12.35pm. The second boy was pulled out 40 minutes later. 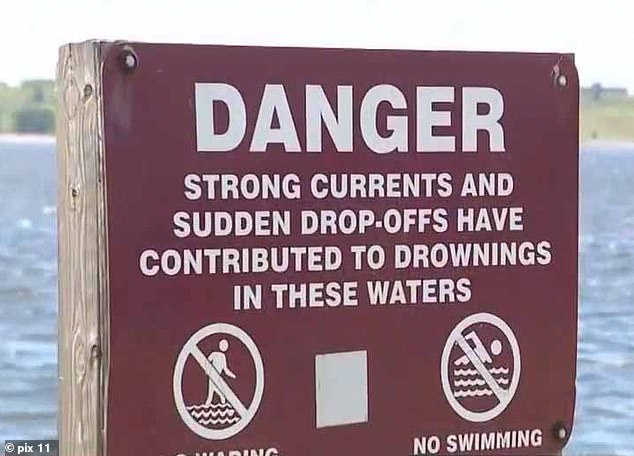 Both were rushed to Jamaica Hospital and pronounced dead.

There are signs on the beach warning beachgoers about strong tides.

The portion of the beach the teenagers were swimming is owned by the National Parks Service, which recently announced closures to parts of the beach to help with erosion.

The beach is closed from 86th Street to 116 Street, but many locals and lifeguards worry people will continue to swim there unsupervised.

DailyMail.com has reached out to the authorities for comment.