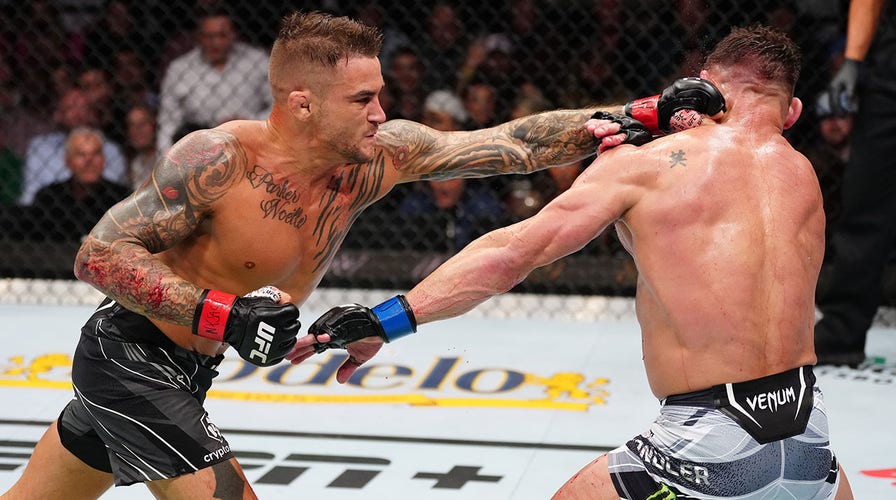 Dustin Poirier topped Michael Chandler at UFC 281 at Madison Square Garden in New York City on Saturday via submission in a slobber knocker.

Poirier and Chandler went haymaker for haymaker during the fight but the ground game for both competitors was huge. Chandler came away with several takedowns of Poirier and was trying to put a hold on him to get Poirier to tap out. At one point, Poirier was seen telling the official in the cage that Chandler was fish-hooking him. 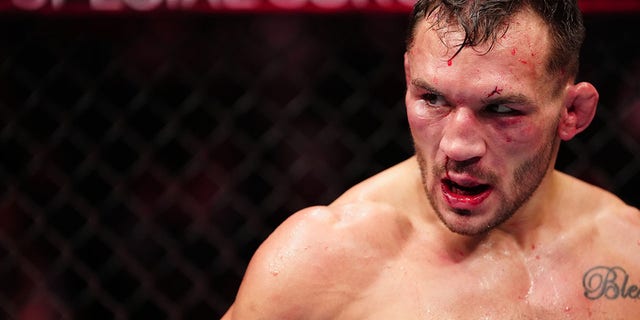 Michael Chandler reacts after his submission loss to Dustin Poirier in a lightweight bout during the UFC 281 event at Madison Square Garden on Nov. 12, 2022, in New York City.
(Jeff Bottari/Zuffa LLC)

At another point, blood from Chandler’s nose was running down onto Poirier’s face. Sitting behind the On Location Experience seats in the arena, Chandler’s family supported him. Michael Sr. and Betty cheered the fighter on while he tried to get Poirier to either stumble or submit.

In the third round, Poirier turned the tables quickly and was able to put Chandler in a rear-naked choke for the win. Poirier detailed more about his second-round issue with Chandler. 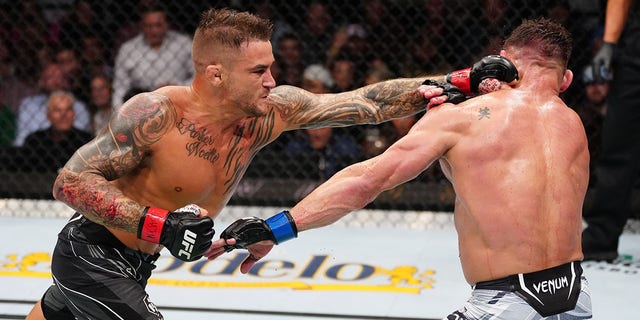 Chandler denied he did that intentionally.

He added he wasn’t trying to hit Poirier in the back of the head even though he was warned about it in the cage, adding he doesn’t cheat. 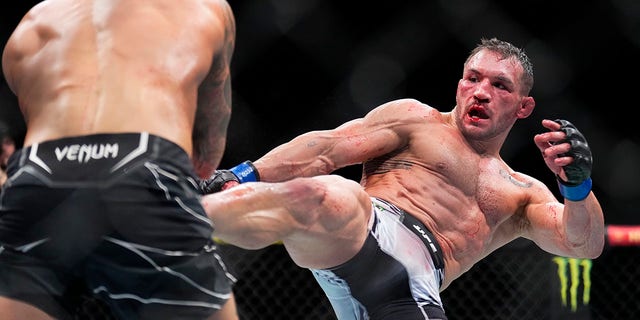 Poirier moved to 21-6 after the lightweight bout and Chandler dropped to 2-3 since he joined UFC from Bellator.