Kadyrov, leader of the Chechen Republic, recently threatened Poland for the nation’s support of Ukraine following the Russian invasion.

He describes himself as Putin’s ‘footsoldier’ and his troops have been accused of war crimes in Ukraine.

Chimaev was born in Chechnya but moved to Sweden at a young age, where he developed into one of the most dangerous MMA fighters in the world.

Kadyrov regularly portrays himself as a strongman leader and has rubbed shoulders with other UFC athletes in the past, including Khabib Nurmagomedov.

He was allowed to appear as though he was having some success against Chimaev during their friendly sparring session at his gym in Chechnya, taking the undefeated welterweight down and attempting to choke him out.

On Kadyrov’s social media page, where the footage was shared, he added the caption: ‘The grandchildren of the First President of the Chechen Republic, Hero of Russia Akhmat-Khadzhi Kadyrov – Adam and Eli Kadyrov met face to face with the thunderstorm of the octagon. 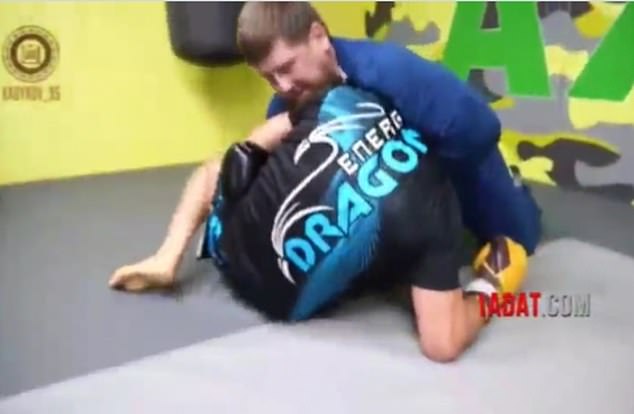 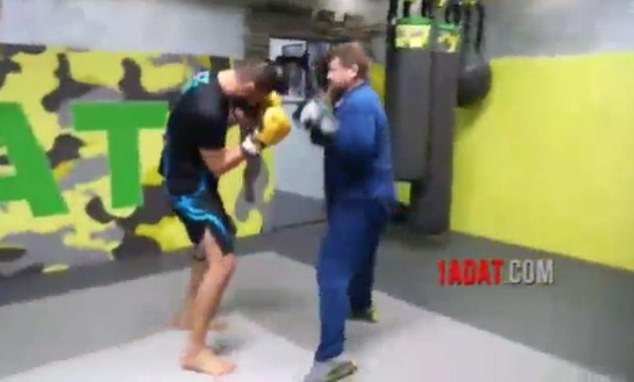 Chimaev, who was born in Chechnya, allowed Kadyrov to do as he pleased

‘Despite the fact that this is only a friendly sparring, the ‘Chechen Wolf’ exhausted his rivals in his usual manner, once again proving his skill and composure in the fighting arena.

‘Despite the formidable and eminent opponent, the guys were in no way inferior to Khamzat in skill.

‘As befits the fighters, they analysed the movements and weaknesses of the opponent, after which they proceeded to counterattacks. At the end of the training, I myself could not resist the temptation to test my strength in a friendly duel with our dear brother.’ 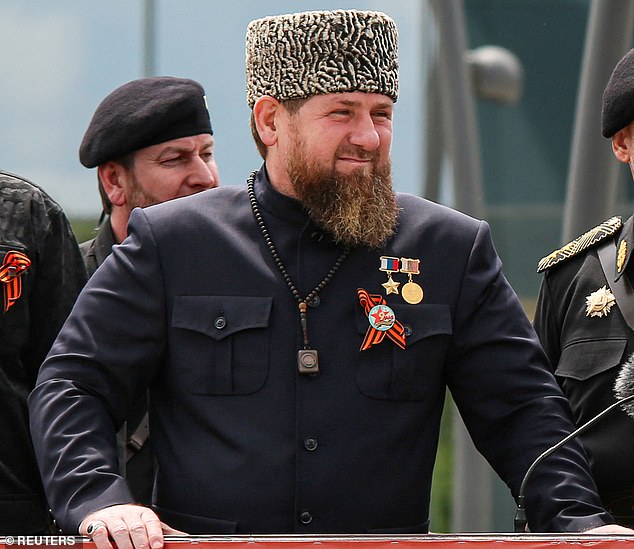 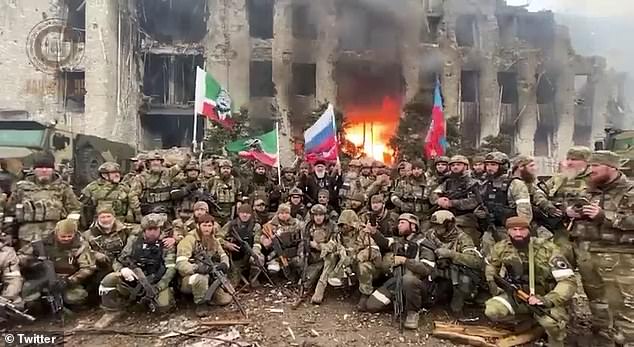 Kadyrovites pose in front of a destroyed building in Mariupol, Ukraine

Kadyrov, 45, routinely shares his criticism of the west online and recently made headlines for threatening Poland.

He said: ‘Ukraine is a done deal. What I’m interested in is Poland. What is Poland trying to achieve? Once Ukraine is done, we can show you what we’re capable of in six seconds if there is an order.

He also demanded an apology after a Ukrainian activist threw red paint over Russian ambassador Sergey Andreev in Warsaw as he attempted to lay flowers at the Soviet military cemetery in the Polish capital.

Kadyrov had warned: ‘You better take away your weapons and your mercenaries and officially apologise to our ambassador.’ 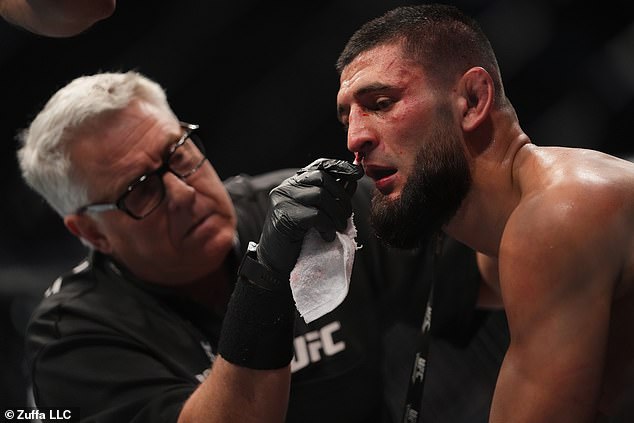 His troops have been accused of war crimes in Ukraine and Kadyrov himself has been known to follow them on excursions, although he has denied taking part in any extrajudicial killings.

Chechen forces were known to be at the siege of Mariupol and were said to be among occupying forces who killed civilians in suburbs of Kyiv.

Footage which purported to show Kadyrov in Mariupol was later found to have been filmed in Russia. 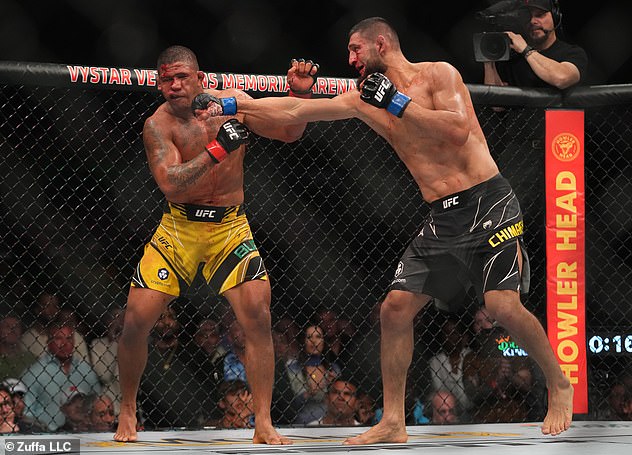 He has been repeatedly accused by the United States and European Union of human rights abuses, which he denies.

The UFC do not sanction fighters for the company they keep or expression of political views but Chimaev may face a backlash from fans for his association with Kadyrov.

He has been a phenomenon since signing with the premier world’s premier MMA organisation, winning five fights in succession to put himself in title contention.