A U.K. woman who was attacked by a bison in South Dakota’s Custer State Park is speaking out about the ordeal.

In an interview with KOTA on Tuesday, 19-year-old Amelia Dean said she was hiking in the park with a friend when the June attack occurred.

Dean recalled that, after walking around a male bison that was yards away, it ran toward them.

“I could have put my hand out on his forehead without properly stretching it out completely fine,” she reportedly told the station. 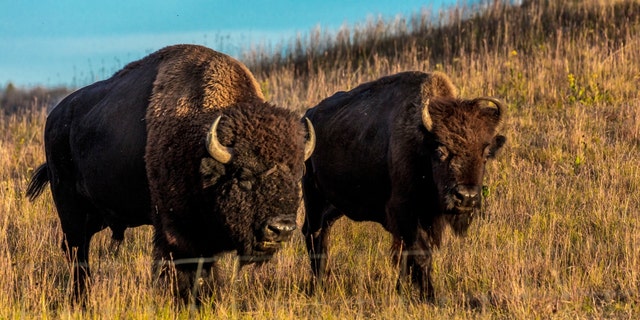 A pair of bison at South Dakota’s Custer State Park (Photo by: Visions of America/Universal Images Group via Getty Images)

That’s when the animal gored her thigh with a horn, sending Dean flying.

“I remember feeling the pressure on my hip. My hip being pushed back and I remember the sensation of flying in the air and going head over heels,” she explained, adding that the bison’s hooves were right by her head.

The damage severed her femoral artery, resulting in paralysis from the knee down in her leg.

“I have basically no movement in my foot. I can’t walk without a walker or crutches. I can’t walk very far, about 20 meters, and I’m done for a long time,” she said. 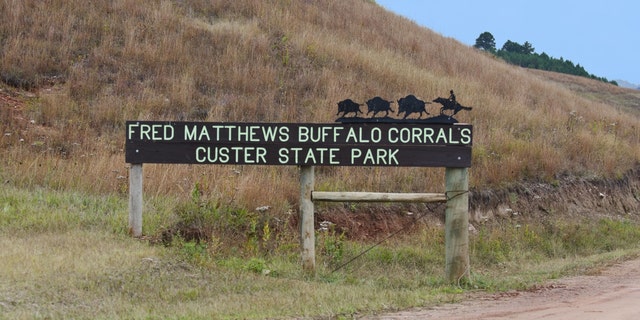 Dean’s incident was not the only bison attack reported at a park this year.

Three people were gored by bison in June at Yellowstone National Park.

The National Park Service has warned parkgoers to make give wild animals room to move. 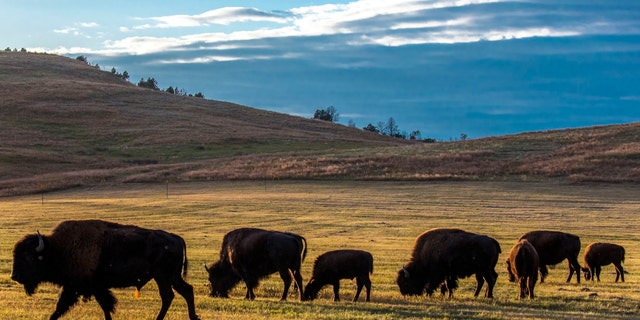 “Many parks require you to stay a minimum distance of 25 yards from most wildlife and 100 yards from predators like bears and wolves,” it wrote in an Instagram post. “Remember to treat wildlife with proper caution and respect. The safety of these animals, as well as your safety, depends on everyone using good judgment.”

Park service officials note that staying safe and keeping wildlife wild is up to visitors.

Bison have injured more people in Yellowstone National Park than any other animal.

People should always stay at least 25 yards away from the unpredictable animals; they can run at three times the speed of humans.