The U.S. Army National Guard’s 29th Infantry Division is keeping its patch that honors service in the Confederate Army.

“We applaud the decision of the Naming Commission to recommend the 29th Infantry Division patch symbol remain unchanged, and the Virginia National Guard will work with the U.S. Army Institute of Heraldry on any appropriate modifications to the descriptive language,” Maj. Gen. Timothy P. Williams, the Adjutant General of Virginia, said in a press release Monday.

The decision comes as a congressional commission established to remove references to the Confederacy from the military put the 29th Infantry Division up for review and potential retirement in December, according to Military.com. But the unit’s leaders strongly opposed the retirement of the patch. Williams argued that the patch represented the division’s rich history.

“We are currently preparing historical documentation and letters of support to educate the Commission about the importance of 29th ID patch,” Williams said in a statement at the time. “We want them to understand what it means to the thousands of veterans who have worn the patch in service to our country, as well as how it serves as a symbol of liberation to our Allies in France.” 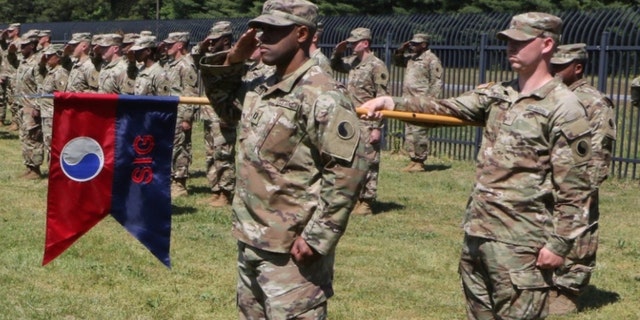 The patch, introduced during World War I, is a blue and gray yin and yang that references the merger of the Union and Confederate units after the Civil War. The division is headquartered in Virginia, but has formations in the Maryland, West Virginia, North Carolina and Florida National Guards.

The 29th Infantry Division wore that patch when its soldiers stormed the beaches of Nazi-occupied Normandy, France in 1944, becoming one of the military’s most legendary units for its actions on D-Day.

But that symbol was put at risk by the commission, whose focus has mostly been on renaming military posts named after Confederate leaders such as Fort Lee, Virginia. 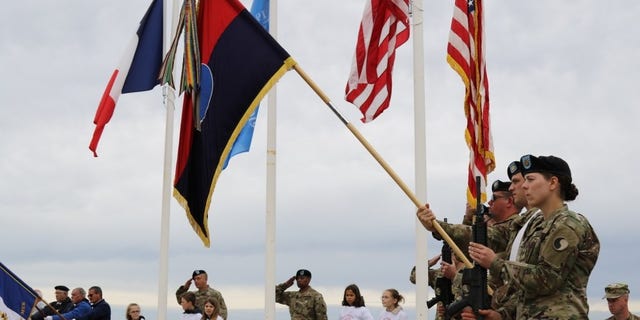 Instead of doing away with the patch altogether, the commission recommended removing the references to service in the Confederate Army from the description of the patch.

“The Commission believes that identifying the symbol of the 29th Infantry Division patch as a Confederate symbol is a subjective determination,” a spokesperson for the commission said Monday.

Williams welcomed that decision, saying that the division would take the opportunity to honor its history of service since WWI. 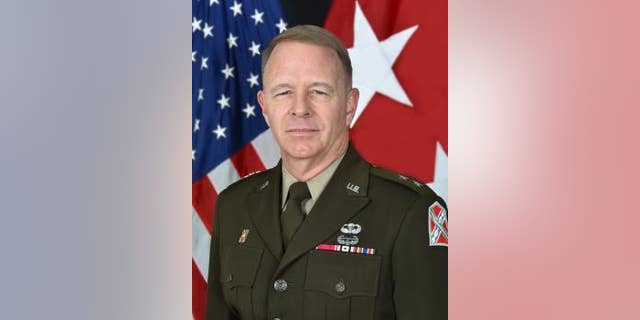 “This is an opportunity for us to update the heraldry description to reflect not just the 29th’s remarkable service in World War I and World War II, but also through the Cold War and over the last 20 plus years in the Global War on Terror,” Williams said.