The U.S. Capitol Police said Wednesday that it “will not” allow violence or unlawful behavior during the Congressional Baseball Game after several left-wing groups threatened to “shut down” the event.

“A message from U.S. Capitol Police Chief Tom Manger ahead of tomorrow’s Congressional Baseball Game for Charity,” Manger said. “We are aware that demonstrators are planning to protest political issues at the Congressional Baseball Game for Charity. Our mission is to protect the Members of Congress during this family event, so we have a robust security plan in place.

“We urge anyone who is thinking about causing trouble at the charity game to stay home. We will not tolerate violence or any unlawful behavior during this family event,” he added. 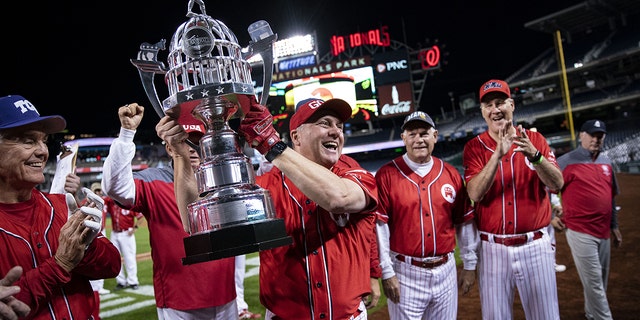 The Congressional Baseball Game is set to begin Thursday at 7:05 p.m. ET.

“On July 28th, we will converge en masse on the Congressional Baseball Game. Manchin and the GOP are torching our planet and accelerating inflation — all to make their polluter friends even richer. Democrats need to step up, or risk losing our generation: to apathy and despair, to heat waves and wildfires,” the group Now or Never states on its website.

A separate group, ShutDownDC, also threatened to disrupt the event.

“We disrupted Brett Kavanaugh’s steak dinner and we will disrupt the Congressional Baseball Game. The monsters tearing apart our country deserve no peace,” ShutDown DC tweeted on July 18. 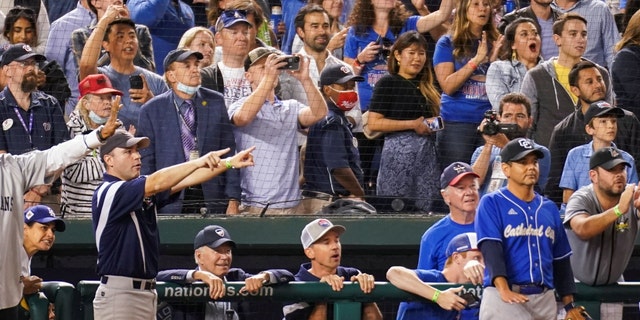 A leader of one of the organizations supporting the protest, Chesapeake Climate Action Network’s Federal Campaigns Director Quentin Scott, told Fox News Digital that congressional members should not be participating in the game when droughts, heat waves and wildfires have caused “billions of dollars in damage.”

Scott said that Democrats need to “get back into Congress and negotiate and find a way to overcome this,” referring to Republican opposition to a vote on a reconciliation package with climate provisions.