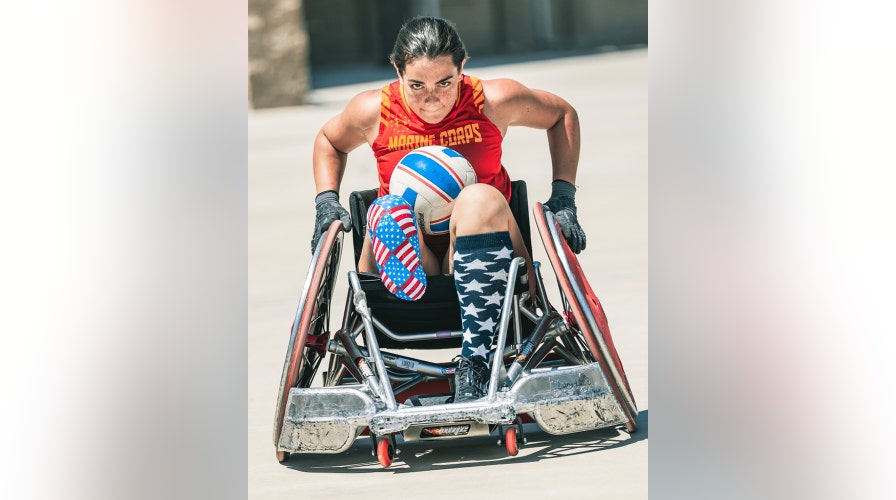 A U.S. Marine veteran gave Los Angeles Lakers fans something to cheer about at the Crypto.com Arena Monday night before the Indiana Pacers won the game on a buzzer beater.

Annika Hutsler, who had a leg amputated in 2019, was seated in the arena crowd. When she was named “fan of the game” she removed her prosthetic leg and drank a beer out of it. 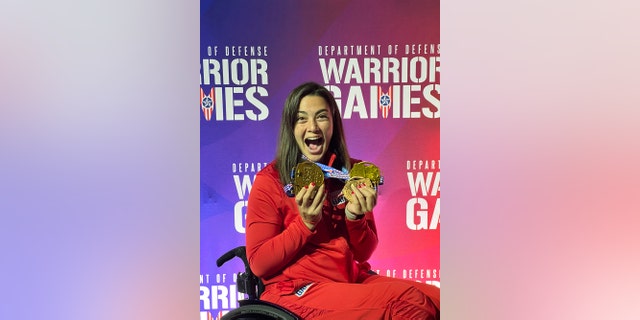 Her chugging earned her a $100 gift card, according to TMZ Sports.

She told Fox News Digital in October 2019 she was “in awe” of herself when she turned into a glamour girl for the first time. 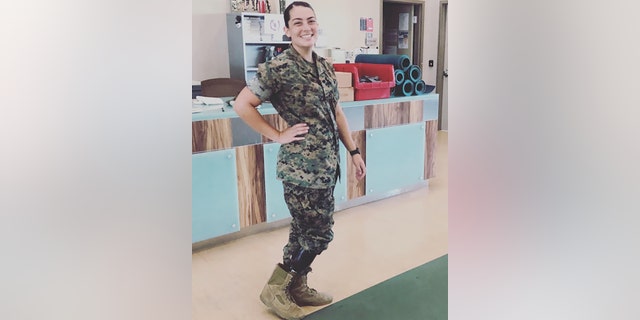 Hutsler in Marines training
(Courtesy of Pin-Ups for Vets)

“I model, so I’ve seen what I look like on camera,” Hutsler said at the time. “But with the hair, makeup and dresses, I looked like someone from that era. … I just remembered walking in [on set] and seeing all the dresses ready. The music from that era was playing. It was just a really fun experience to get dolled up in that way.”

Hutsler said she “was very lost in life” before she enlisted in the Marine Corps in 2017. At the time, she was in her senior year of college about to earn her bachelor’s degree when she realized it wasn’t a career path she wanted to pursue for the rest of her life. With some encouragement from friends, she reached out to recruiters and instantly found herself “at home.” 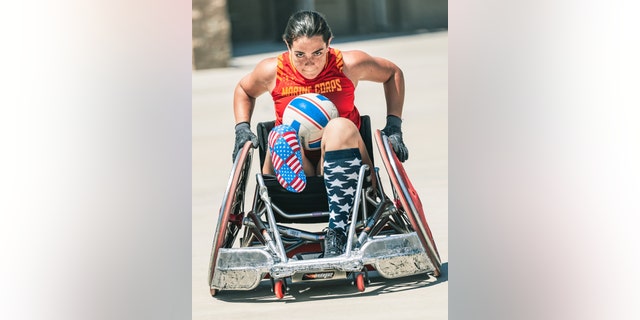 Annika Hutsler needed surgery a few years ago.
(Courtesy of Pin-Ups for Vets)

Hutsler suffered a foot injury in 2017. While trying to fight through the pain, she learned Feb. 1, 2018, she had an intramuscular arteriovenous vascular tumor. For the next 14 months, doctors attempted to save her foot. Because the surgeries failed and the foot had become prone to infection, she had the foot amputated.

Since then, she’s participated for the 2022 Warrior Games and said her goal was to make the 2026 Paralympic Games.