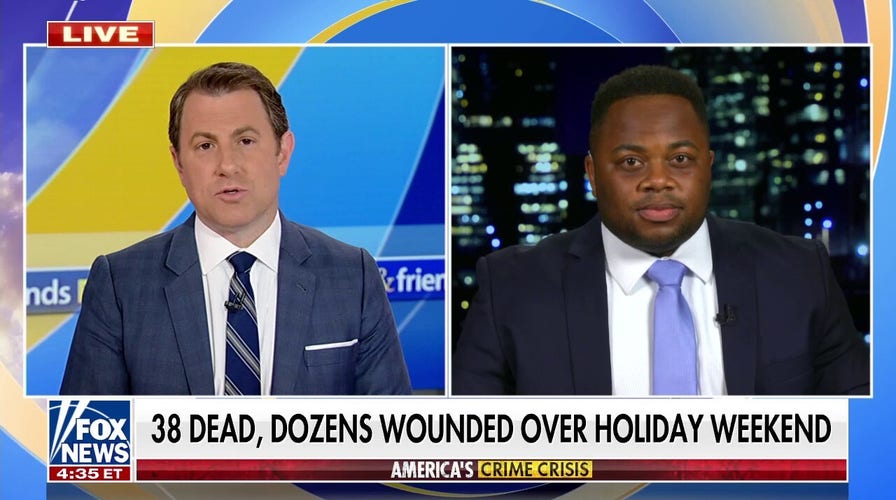 Chicago 911 dispatcher rips ‘liberal’ politicians for crime surge: ‘This nonsense has to stop’

At least 14 mass shootings happened across the U.S. over the Memorial Day weekend.

Including Friday through Monday’s federal holiday dedicated to mourning U.S. military personnel who have died while serving in the armed forces, Americans have witnessed at least 16 mass shootings, as defined by the Gun Violence Archive, which categorizes a mass shooting as an incident involving four or more victims shot, either wounded or killed, not including any suspected gunman.

CHICAGO 911 DISPATCHER SLAMS CITY’S LEADERS AFTER MEMORIAL DAY WEEKEND BLOODSHED: ‘THIS NONSENSE HAS GOT TO STOP’ 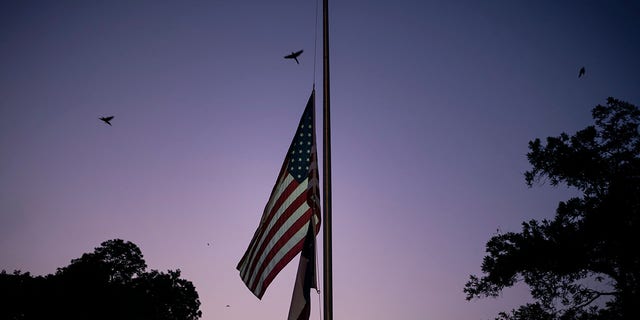 The American and Texas flags are flown at half-staff at dusk on Thursday, May 26, 2022, days after a deadly school shooting, in Uvalde, Texas. (AP Photo/Wong Maye-E)

A total of seven people were shot, including six wounded and one killed, in one incident Monday in Benton Harbor, Michigan, when gunfire reportedly erupted outside a liquor store. Meanwhile, another mass shooting in Philadelphia Monday left four people shot, with two killed and another two wounded. 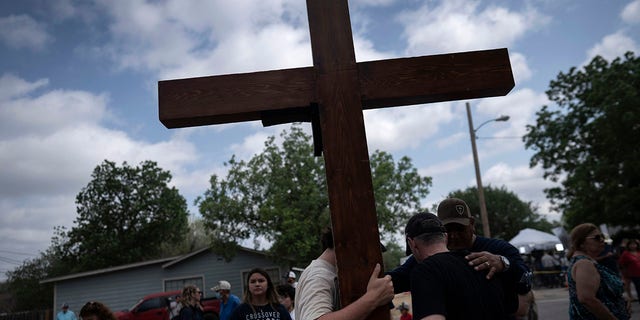 Dan Beazley and his son Joey Beazley, from Detroit, carry a wooden cross as they pray at a memorial outside Robb Elementary School in Uvalde, Texas, Monday, May 30, 2022. (AP Photo/Wong Maye-E)

On Sunday, seven people were wounded in one mass shooting incident in Henderson, Nevada.

In Taft, Oklahoma, eight people were shot, including one killed and another seven wounded. 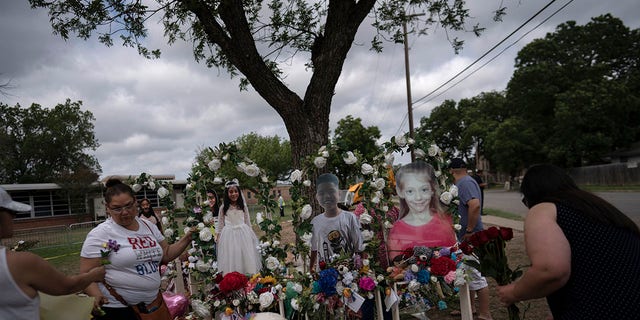 The victims ranged in age from 13 to 15, prompting Mayor Tim Kelly to decry the “outrageous” number of the community’s youth being shot. “It’s ridiculous that I even need to publicly state that guns have no place in the hands of our kids and that children shouldn’t be wandering around in the middle of the night without supervision,” he told reporters, according to Fox Chattanooga.

Four people were shot and injured in a mass shooting in Malabar, Florida, Saturday.

On Friday, a mass shooting in Anniston, Alabama, left six people wounded. Another five people were shot, including four people killed and one injured, in an incident that same day in Stanwood, Michigan.