Americans can expect to see their favorite restaurants and outdoor watering holes shuttered over the summer, experts warn, as seasonal businesses find themselves the latest casualty of the country’s continuing labor shortage.

The shortage – which emerged as an issue last year as the US started to rebound from the pandemic – has seen summer businesses such as those in Cape Cod reduced to a shell of their pre-pandemic selves, operating on limited hours or closing altogether due to lack of staff.

The worker scarcity has in turn forced businesses to raise wages to lure in prospective applicants – an action analysts say will push business owners and stores to raise the price of their services, further worsening already seen inflation.

Facilities such as public pools, beaches, hotels, and restaurants have been particularly hindered by the lack of workers, studies show.

The ensnaring of the summer jobs’ economy could spell doom for thousands of businesses across the globe, with the market representing roughly 30 million workers and about a tenth of the country’s gross domestic product.

And as demand for workers remains red-hot, job-searchers have found themselves with the ability to pick and choose their work opportunities, a lack of interest in seasonal jobs has emerged, research shows – suggesting a summer of closures, limited services, and hiked prices is in the cards.

That is because businesses are having to offer higher wages to try and attract summer workers, forcing them to increase the cost of their goods and services to recoup that cash. 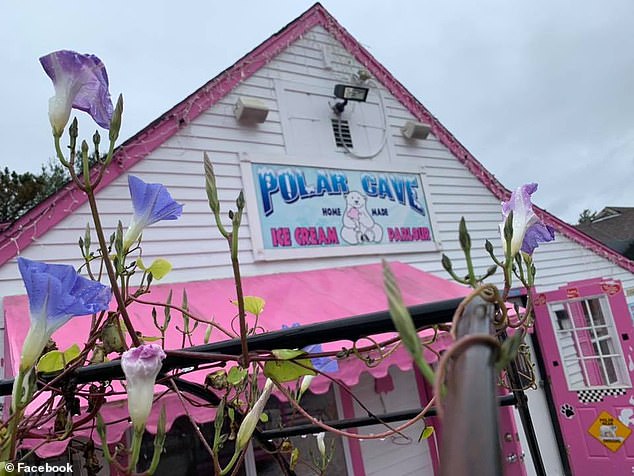 Polar Cave Ice Cream Parlour, located in Massachusetts’ Mashpee, on the upper portion of Cape Cod, is one of many establishments struggling to find workers ahead of the upcoming season, after incurring pandemic-spurred losses the past two years 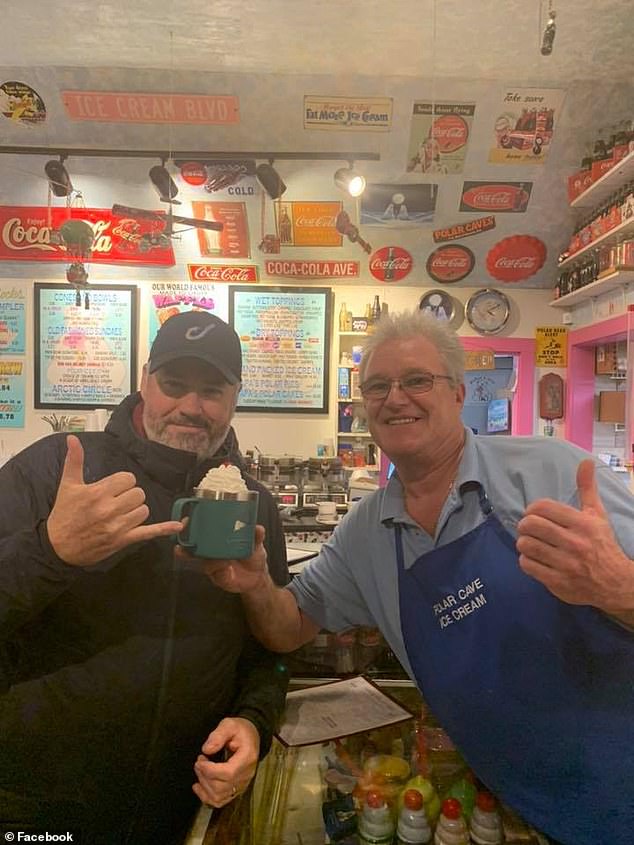 With a lack of staffers, Polar owner Mark Lawrence (at right) says that his store, which suffered big losses during the pandemic, has seen longer lines and increased wait times for customers, sometimes up to 45 minutes. He has also been forced to raise prices due to the labor shortage 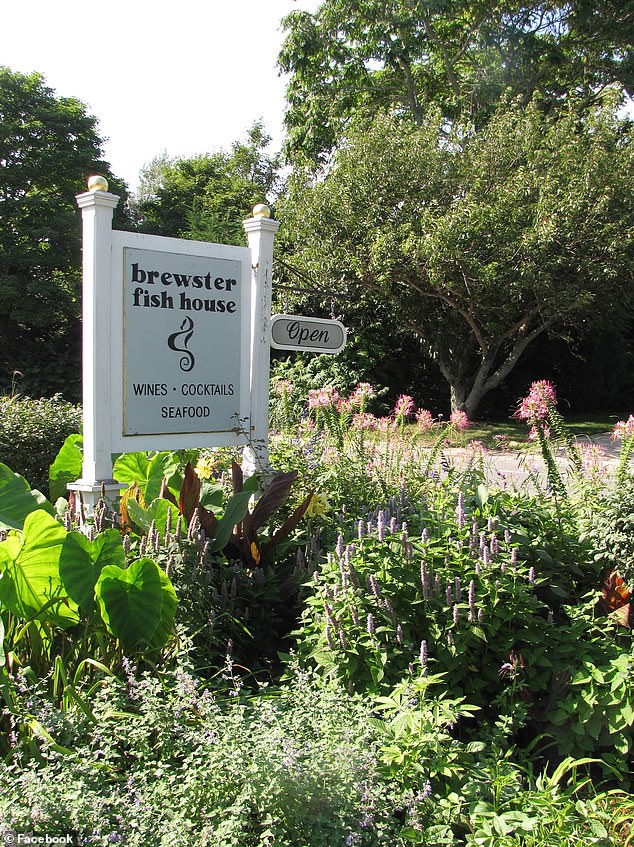 Elsewhere in Cape Cod – one of the country’s more popular summer destinations – Brewster Fish House has also seen its staff dwindle, forcing brass for the seafood eatery to close for two days out of the week – a number owner Vernon Smith said may increase in the coming months

Polar Cave Ice Cream Parlour, located in Massachusetts’ Mashpee, on the upper portion of Cape Cod, is one of many establishments struggling to find workers ahead of the upcoming season, after incurring pandemic-spurred losses the past two years.

‘We knew we were going to have a busy summer. But no employer that I know—and I know lots of them—could’ve dreamt that it’s like, ‘”what, no one is applying?”‘ owner Mark Lawrence told The Washington Post of difficulties he’s had finding applicants.

With a lack of additional help, the ice cream worker says his store, which suffered big losses during the pandemic, has seen longer lines and increased wait times for customers, sometimes up to 45 minutes.

‘Which is scary for what’s to follow,’ the eatery owner said, referring to the peak summer season he said typically starts in June.

He proceeded to offer the paper a rhetorical regarding the writing on the wall as to his search for staffers.

He asked: ‘If it was like this now, what’s it going to be like when school is out and people are coming for their summer vacations?’ 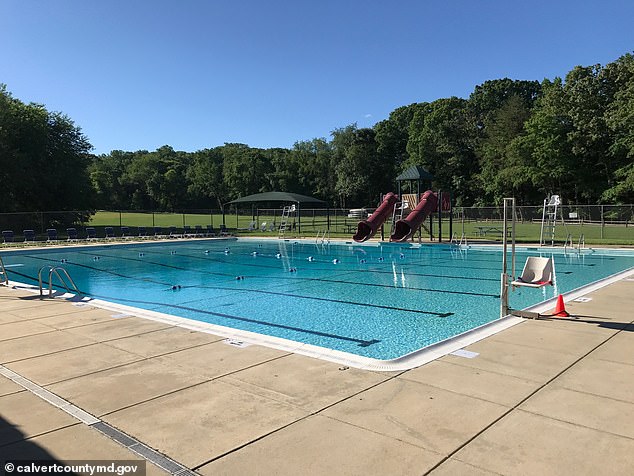 The shortage has seen pools like this one in Calvert County, Maryland – a popular summer destination – closed, as city officials struggle to find lifeguards 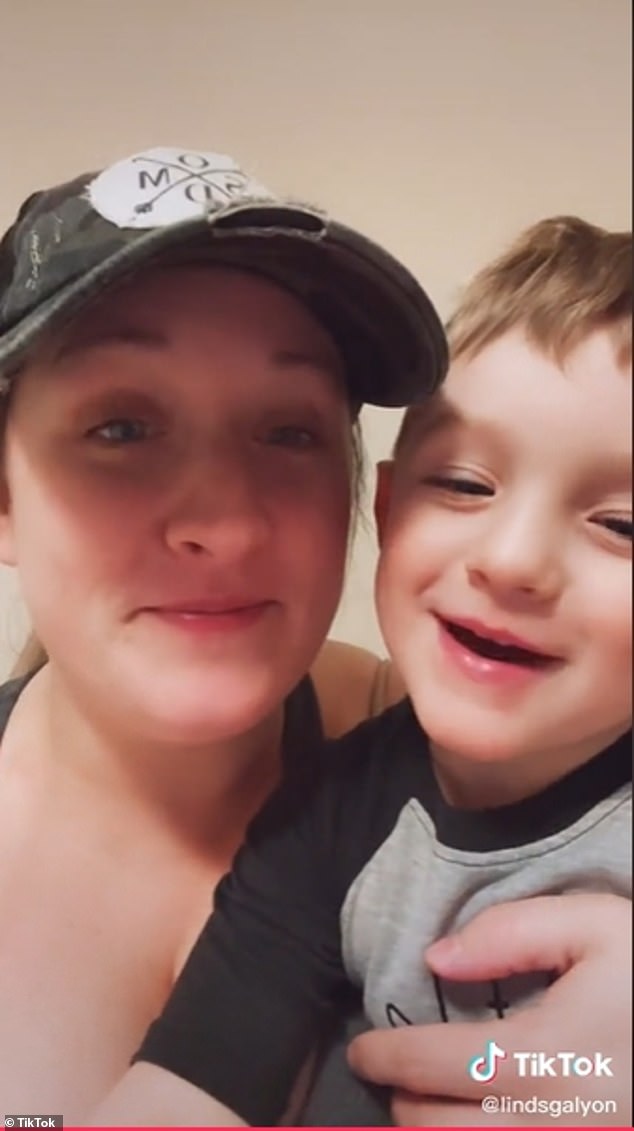 Lindsay Galyon, a 30-year-old stay-at-home mom who lives near the pool with her 3-year-old son, said she was left disappointed by the closure, as she was planning to teach the tot to swim

Elsewhere in Cape Cod – one of the United States’ quintessential summer destinations – Brewster Fish House has also seen its staff dwindle, forcing brass for the seafood eatery to close for two days out of the week – a number owner Vernon Smith said may increase in the coming months.

‘They say they’re going to come for an interview and then they just never show up,’ Smith told the Journal Monday of applicants’ disinterest in working at the eatery, which specializes in popular summer fare like lobster bisque and fish and chips.

And as June rapidly approaches, the restaurateur said he’s been largely unsuccessful in finding workers to fill roles such as line cooks, citing limited affordable housing in the area and increased demand from customers now working from home.

Worker scarcity – which emerged as an issue last year as the country began to roll out COVID vaccines and the economy started to rebound – has persisted long into pandemic, much to the surprise of many economists.

As businesses continue report difficulties recruiting employees, forcing them to ramp up hiring and work to retain what employees they have – all while offsetting losses incurred during the pandemic.

Employer demand for workers, meanwhile, has remained high as businesses have reopened, with job listings now double the number of unemployed individuals looking for work.

The phenomenon of workers electing to leave lower-wage industries, including those at restaurants and hotels, in favor of ones that offer higher rates have in turn left businesses scrambling to fill vacant positions, economists say.

As jobs continue to return, restaurants and bars have brought back thousands of jobs lost as a result of lockdowns and COVID-related restrictions, with nearly 12,000 jobs in that sector reported by the U.S. Bureau of Labor Statistics

However, employment is still well short of prepandemic levels – 6.4 percent below the 12,360 reported in February 2020, according to data from the U.S. Bureau of Labor Statistics analyzed by job search giant Indeed.

According to the website’s analysis, which looked at job numbers for food services, domestic interest in these jobs has dwindled even when compared to last year, with the share of U.S.-based job searches for seasonal roles as of April 10 down a marked 16.9 from 2021.

When compared to before the pandemic, those numbers are down by an even more pronounced 27.6 percent.

The crisis has seen many struggling seasonal businesses such as restaurants, hotels, and summer camps to raise wages in an effort to attract workers – despite those jobs typically being on the lower end of the wage scale.

But many of those to raise wages are still encountering staffing issues, officials say.

City workers in Calvert County, a popular summer spot in Maryland, attempted to address a lack of lifeguards for the upcoming season by raising their pay rate to $14.46 per hour from $13.32.

However, the maneuver ultimately proved unsuccessful, with candidates not showing up for scheduled interviews or flat out declining positions, Calvert County Parks & Recreation Director Shannon Nazzal told The Journal.

Data shows that employment is still well short of prepandemic levels – 6.4 percent below the 12,360 reported in February 2020, according to statistics from the U.S. Bureau of Labor Statistics analyzed by job search giant Indeed (pictured)

Not able to get enough applications for workers to preside over the town’s public Kings Landing Pool in Calvert County near the Chesapeake Bay, the pool won’t open to the public this summer.

‘Labor shortages are being felt throughout the United States,’ a county government press release issued in April announcing the closure said.

Lindsay Galyon, a 30-year-old stay-at-home mother who lives near the pool with her 3-year-old son, said she was left disappointed by the closure, as she was planning to teach the tot how to swim.

‘We were really looking forward this summer to spending more time in the pool,’ Galyon told the Journal, calling the closure ‘frustrating’ due to lack of nearby alternatives.

She told the paper there’s a nearby water park, but that the prices are too high for her to afford, or a public pool a 30 minutes’ drive away. A public beach on the Chesapeake Bay, meanwhile, recently reduced its opening times as well, she said.

Hotels have also failed to bounce back amid recovery from the pandemic, with employment at such establishments down 20.7 percent in March when compared with February 2020.

‘Hotels hit pause on hiring during [the wave of the pandemic variant] Omicron and were unable to keep up as demand surged back in February and March, said Sourav Ghosh, chief financial officer at Host Hotels & Resorts Inc., in early May.

The company owns more than 70 hotels in the US. ‘While our hotels continue to fill open roles, a lag between demand and staffing levels still exists,’ he said.

As businesses try to coax new workers with higher wages, experts warn of the impact such increases will have on already ongoing inflation – which reached the highest rate seen in 40 years earlier this year – as it will cause proprietors to hike prices to compensate.

Lawrence of Polar Cave said he has been forced to spend more on supplies such as ice cream ingredients, and has subsequently been force to raise ice cream prices by roughly 20 percent when compared with a year ago.

As businesses frantically onboard new staffers by offering them inflated salaries, the odds of finding a job – and keeping it – are in the workers’ favor, experts say.

‘Given how tight the labor market is,’ Stephen Stanley, chief economist at Amherst Pierpont, told the Washington Post, ‘firms are likely being extremely cautious about laying anyone off permanently.’

April saw a record 4.5 million Americans quit their jobs, government data shows – a number that has remained inflated as employers continue to hike wages to retain and lure employees.