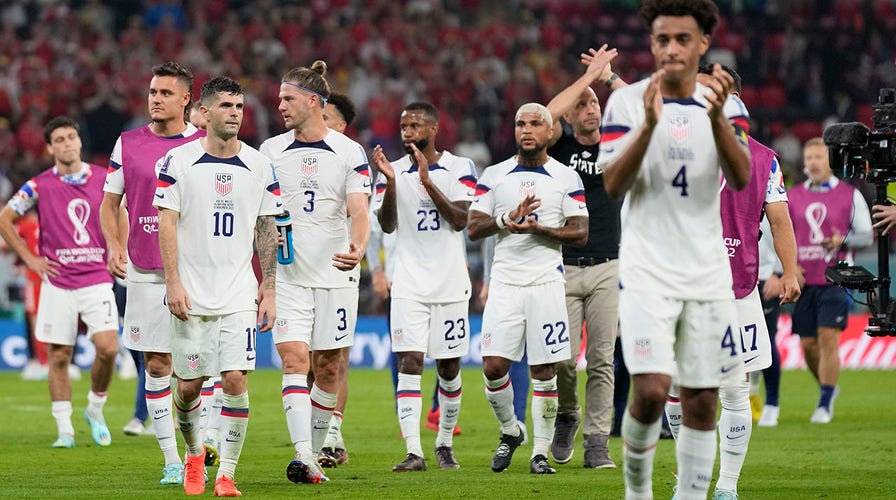 AL RAYYAN, Qatar – Not a bad result. Not an outcome that ends the United States’ hopes at this World Cup. Not an entirely fair reflection of a game the USA mostly dominated. And not — certainly not — a disaster.

But, my goodness, what a kick in the teeth for Gregg Berhalter’s young American squad that it was unable to finish the job against Wales on Monday, a sucker punch that will test every bit of their mettle in the days and games to come.

After Tim Weah’s first-half opener was canceled out by a Gareth Bale penalty — of course, Bale — with eight minutes left, the USA is left locked in a second-place stalemate in Group B ahead of its now-critical clash with England on Friday (2 p.m. ET on FOX and the FOX Sports App). 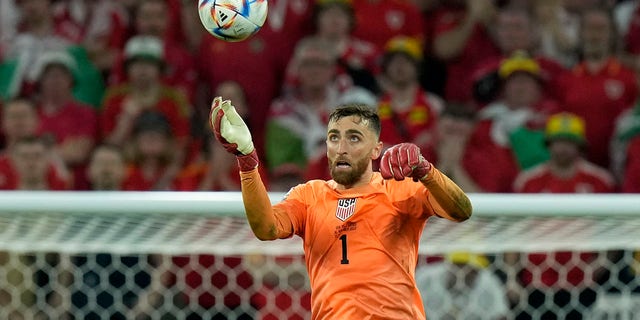 Goalkeeper Matt Turner of the United States clears the ball away with a header during the World Cup, group B soccer match between the United States and Wales, at the Ahmad Bin Ali Stadium in Doha, Qatar, Monday, Nov. 21, 2022.
(AP Photo/Francisco Seco)

It could, and maybe should, have looked a lot rosier than that. For this one had started to look locked, sparking thoughts of a dream start and an instant passage into the hearts of the American sports public for a group of players who have no shortage of fire and determination.

This time, it wasn’t quite enough.

In Bale, Wales have a five-time Champions League winner and a man who at his peak was among the very best in the world. His opportunity came when Walker Zimmerman fouled him in the area after a crafty ball from Aaron Ramsey and the resulting spot-kick, lashed into the corner of the net, was every bit as clinical as you would expect.

Earlier, it had been all USA.

When the American goal came, 35 minutes into the opening half, it was fully deserved. Berhalter’s group had dominated completely to that point, scarcely allowing Wales, the 2016 European Championship semifinalist, out of its own half at times.

Wales had been defensive, but it was through necessity, not choice, more a reaction to its inability to find its stars, Bale and Ramsey, in favorable positions.

Such realities require innovation to break them down. That’s what happened when Josh Sargent, Berhalter’s lead forward, laid the ball off nicely for Christian Pulisic to take in full stride and bear down on the penalty area, a move surely practiced frequently on the training ground.

Pulisic’s beautifully-timed ball sent Weah through on the goal, and the youngster, whose father George was a former World Footballer of the Year but never played a World Cup, was composed in the face of the moment. 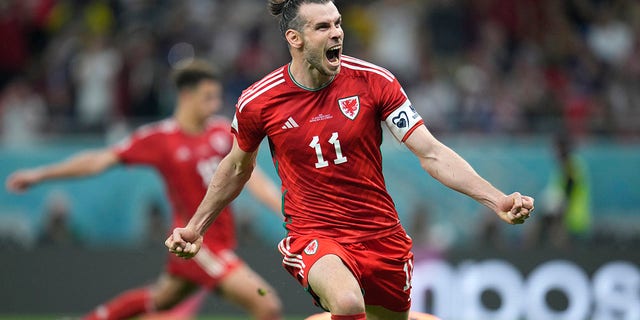 A flick with the outside of his right cleat and the ball was past goalkeeper Wayne Hennessey and into the Welsh net, the first American scorer at a World Cup since Julian Green got a consolation goal in the team’s 2-1 defeat to Belgium in the 2014 round of 16.

Green was barely heard from since, but it was also the time of Clint Dempsey and Tim Howard. Landon Donovan too, controversially left off the squad just before the tournament.

This is a new one, one hoping to announce itself to the world.

For an even starker note of history, how about this? The last scorer against Wales at a World Cup before Weah? None other than Brazil legend Pelé, in the quarterfinal in 1958.

Perhaps that explains something. For this was Wales’ first World Cup since then, which brings a level of historic tension that can’t be easily shaken. For much of the evening, Wales players were the ones in their own heads.

It took less than 10 minutes for the first opportunities to land, Weah giving early indication of his positive intent with a cross that Wales defender Joe Rodon could only head awkwardly at his own goalkeeper. Moments later, an Antonee Robinson cross met Sargent’s head, but his aim was wide.

Berhalter had demanded aggression and intensity, and it was there from the outset. Sometimes it spilled over, as Weston McKennie and Sergino Dest, both injury doubts before the game, were yellow carded within the first 15 minutes.

Given the level of the USA’s first-half superiority, a Wales change was inevitable. Big striker Kieffer Moore was brought on at the interval, a move designed to give Bale more chances to get the ball at his feet. Moore was a new type of challenge for center-halves Tim Ream and Zimmerman, and the Americans no longer had everything all their own way.

At 64 minutes, a Ben Davies header forced USA goalkeeper Matt Turner to make his first meaningful save, a reaction parry in a crowded penalty area. Moore rose tallest to the resulting corner and found himself unguarded, but could only guide his header over the crossbar.

Slowly, things began to turn. The USA continued to press, but there was more action coming the other way, more pressure, more threat. 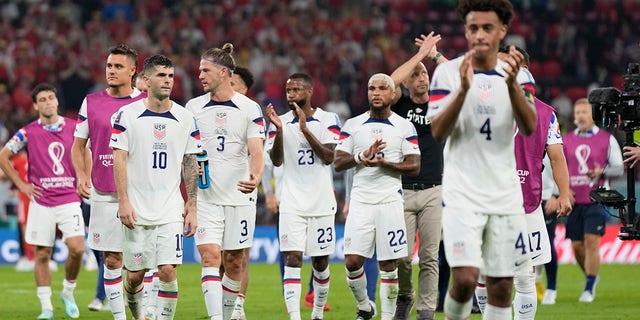 American players leave the pitch after the World Cup, group B soccer match between the United States and Wales, at the Ahmad Bin Ali Stadium in in Doha, Qatar, Monday, Nov. 21, 2022.
(AP Photo/Aijaz Rahi)

Eventually, a crack appeared. The Americans had been physical with Bale all evening, such is his danger level, and Zimmerman went a little too hard with a challenge in the area.

Suddenly, it was all square, and so it ended.

Not back to square one, but the USA left with much work to do, and much to ponder.