Top Gun: Maverick producer Jerry Bruckheimer says it was an ’emotional day’ filming with Val Kilmer – who was thrilled to reprise his role as Tom Cruise’s steely rival

Val Kilmer was thrilled for the opportunity to reprise his role as Iceman in Top Gun: Maverick.

The 62-year-old actor – who was diagnosed with throat cancer in 2015 –  is famous for playing the calm, cool rival to Tom Cruise‘s Maverick in the original 1986 film.

However, when the actor admitted in a 2013 interview will Larry King that he had not been approached about appearing in a proposed Top Gun sequel, Tom Cruise, 59, reportedly rallied the troops to ensure his buddy was included. 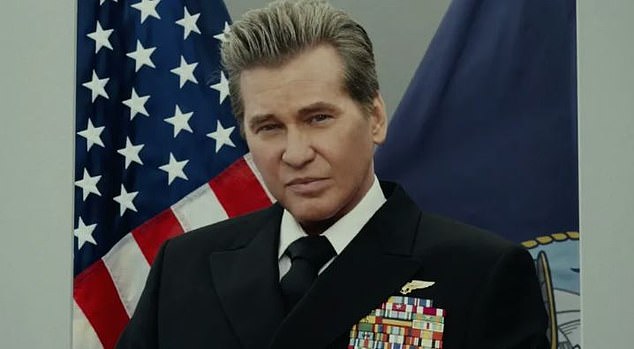 Reunion: Val Kilmer, 62, was thrilled to be part of the cast in Top Gun: Maverick as Admiral Tom Kazinsky

In an interview with People, producer Jerry Bruckheimer declared, ‘Tom said he wasn’t going to make the movie without him.’

As such, once the final script was approved, it made allowances for Ice who had been promoted to Admiral to take part in the fun.

‘So the fact that he was able to do it and he worked with us on the script,’ explained the producer, ‘to have him there and be a part of it was a really emotional day when we filmed him. Because you want to see those two on the screen again, Iceman and Maverick going at it. And that’s what movie making and audiences love.’ 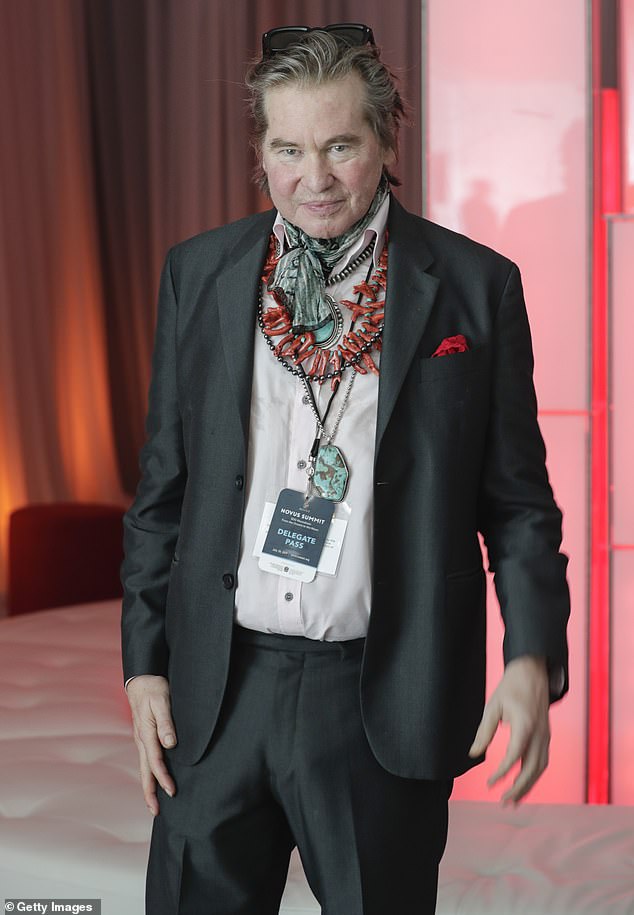 Health: The Batman star was diagnosed with throat cancer in 2015 and has difficulty speaking as a result of the treatment. His condition was worked into the script for Top Gun: Maverick

That particular element is one that received high marks from critics and fans alike.

Val’s son, Jack, 26 recalled how ‘stoked’ his father was to be joining the cast.

‘[My sister,] Mercedes, and I went down to San Diego to that big naval base for the shoot with Tom Cruise and everyone. And there were hundreds of extras of real pilots coming up to us and telling us that the first Top Gun inspired them to join the Navy and the Air Force.’ 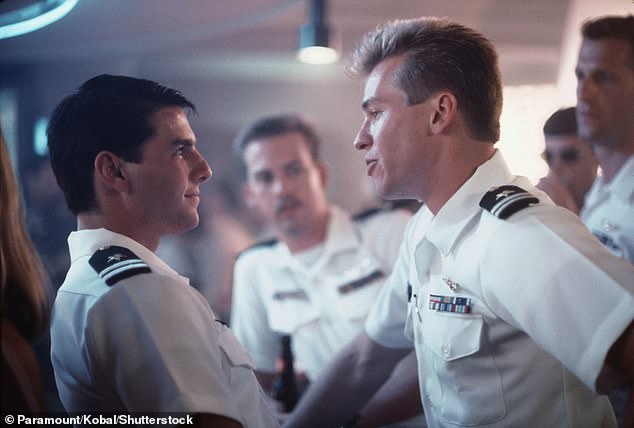 Rivals: Both Tom and Val were catapulted to fame after the release of Top Gun in 1986, in which they played rival Navy pilots 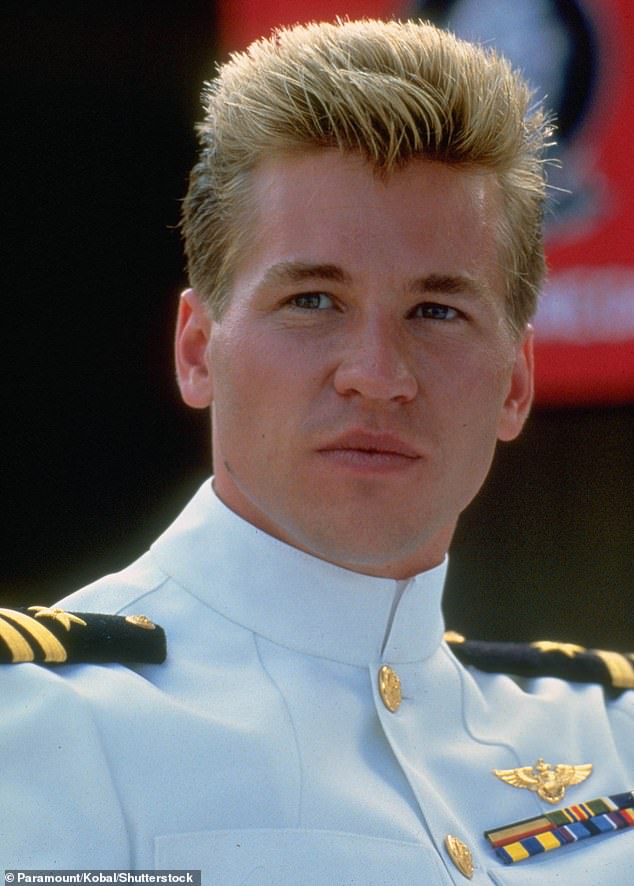 Iceman: The versatile actor took on the role as the calm, cool rival to Tom Cruise’s Maverick in the original 1986 film.

‘It was one of the proudest moments of being American that you could think of really.’

Top Gun: Maverick opened number one at the box office, earning a whopping $124 million dollars in the US.  It is Tom Cruise’s highest earning film debut to date.

The action adventure catapulted both stars to the stratosphere career wise, so it only seemed right to incorporate the foes turned friends in the sequel.

The Batman star has suffered from several health concerns in the intervening time between the films.

He was diagnosed with throat cancer in 2015, and the resulting chemotherapy and multiple tracheostomies damaged his vocal chords.

This resulted in the former A-list actor speaking with a raspy voice and sometimes struggling to communicate.