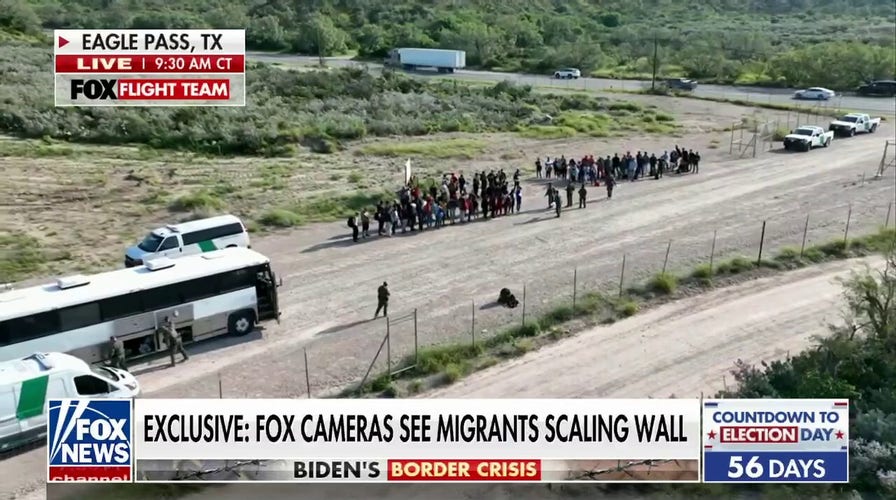 Illegal migrants dressed in full camouflage were spotted by Fox News cameras being lowered over an Arizona border wall Tuesday by human smugglers.

The video is only the latest incident of illegal immigration impacting Arizona and other border states.

However, messaging from the White House continues to brush off concern about the onslaught of migrants, claiming that the crisis is not out of hand. 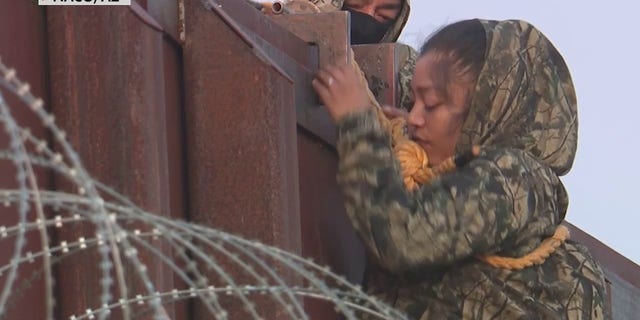 A migrant was lowered from a border wall in Naco, Arizona, by a human smuggler, in exclusive Fox News video. (Fox News Channel) 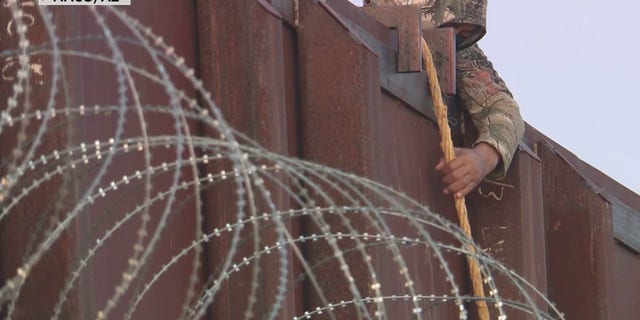 Harris twice declared the U.S. southern border is “secure” during an interview Sunday, despite the tens of thousands of illegal immigrants who routinely cross into the country every month.

During an interview on “Meet the Press” aired during the 21st anniversary of the Sept. 11, 2001, terrorist attacks, Harris was asked by NBC News anchor Chuck Todd whether the border is secure. The vice president responded that the immigration system was “broken” under the Trump administration and still “needs to be fixed.” 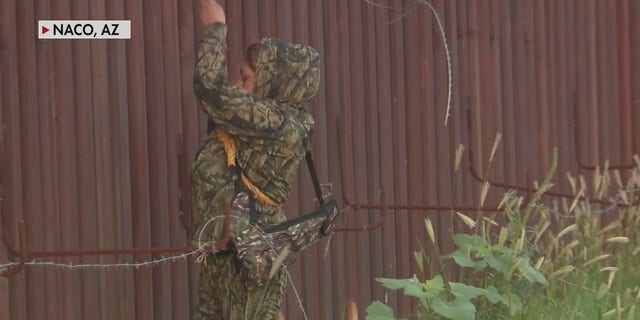 A migrant was lowered from a border wall in Naco, Arizona, by a human smuggler, in exclusive Fox News video. (Fox News Channel)

“I think that there is no question that we have to do what the president and I asked Congress to do, the first request we made: pass a bill to create a pathway to citizenship,” Harris said. “The border is secure, but we also have a broken immigration system, in particular, over the last four years before we came in, and it needs to be fixed.”

There have been more than 200,000 migrant encounters along the southern border in each of the last four months.

Ducey, along with Texas Gov. Greg Abbott, raised the issue to the national spotlight after beginning to bus illegal migrants into left-leaning sanctuary cities. 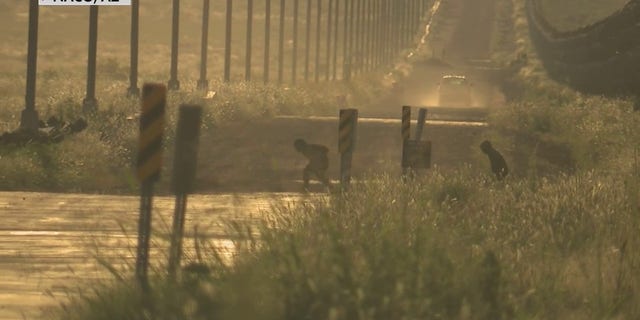 Migrants were seen running into the U.S. at the border in Naco, Arizona, in Fox News video. (Fox News Channel)

Washington D.C., officials declared a public emergency over buses of migrants that continue to arrive in the city from Texas and Arizona.

Brianne Nadeau, a member of the Council of the District of Columbia, blamed the governors of Texas and Arizona for the city’s public migrant emergency.

Speaking in a situational update on migrant support alongside Washington, D.C., Mayor Muriel Bowser, Nadeau said Thursday that the city’s systems were not set up to serve the migrants that continue to arrive in the city from the southern states.