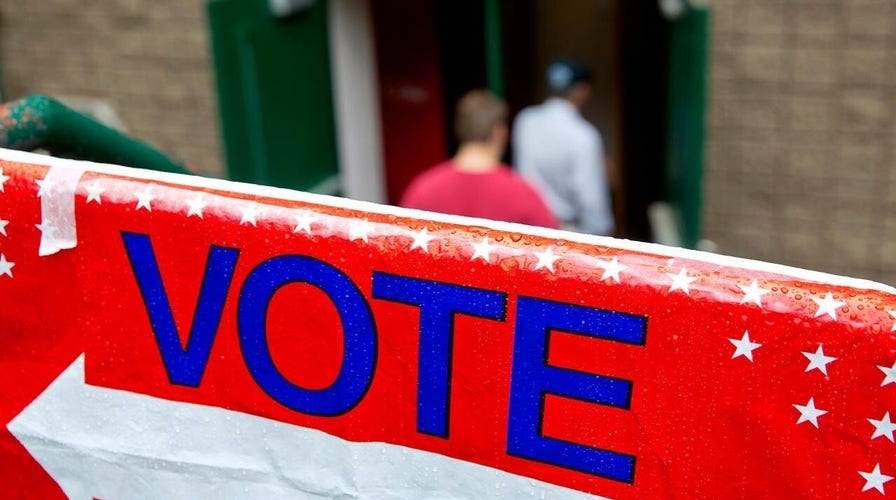 “Don’t you dare sleep on Tuesday if you didn’t early vote,” he said on May 22. “Your ballot is a blood-stained ballot. You ought to rise up and transform every opposition, every obstacle into an opportunity. You have power in your hands.”

“How do I know you have power? Because they passed one of the most severe voter suppression bills in Georgia in the whole country,” he continued. “Somebody must have seen your power and got so afraid that they said, ‘We gotta block them and stop them from coming into the house.’ Well, I’ve got news for them: There is nobody and nothing that can stop a child of God who knows that she is a child of God. If you don’t open the door, we’ll come through the window, and if we can’t come through the window, we’ll come through the roof. But some way and somehow and somewhere is our right to be inside of the house.”

Warnock went on to win the Democratic primary election on May 24 in a landslide against progressive activist Tamara Johnson-Shealey, and he will face Republican nominee Herschel Walker on Nov. 8.

Warnock’s sermon came as Georgia was reporting record early voting turnout, including among minorities. Secretary of State Brad Raffensperger’s office announced one day before the sermon that early voting was up 168% this year compared to the 2018 primaries, and 212% up from 2020. Over 100,000 more Black voters cast early ballots as well, compared to 2018.

Among the Election Integrity Act’s changes were to prevent government agencies from mailing applications unsolicited, require using driver’s licenses or some other form of photo ID instead of signature-matching to verify their identity in absentee ballot applications, and codify ballot drop boxes into law. It mandated precincts hold at least 17 days of early voting and left in place no-excuse absentee voting, while shortening the window to apply for ballots to 67 days. 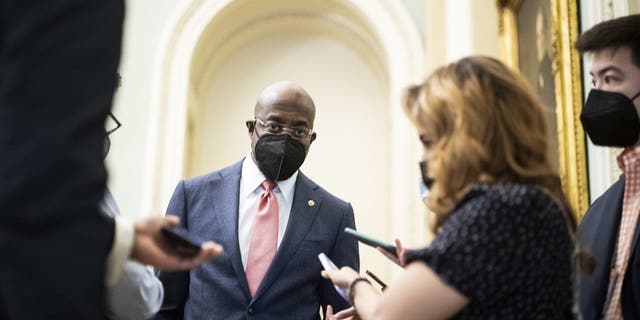 Stephen Lawson, president and CEO of Battleground Strategies and spokesman for 34N22, the pro- Walker Super PAC, accused Warnock of lying about the law from the pulpit.

“While Raphael Warnock continued his streak of playing politics from the pulpit and lying about Georgia’s election law – a record number of voters went to the polls to cast their vote,” he told Fox News Digital in a statement. “It’s the same baseless rhetoric from Warnock that cost Georgia businesses a $100 million in lost revenue over a law that allowed for a historic voter turnout of roughly 2 million votes last week. 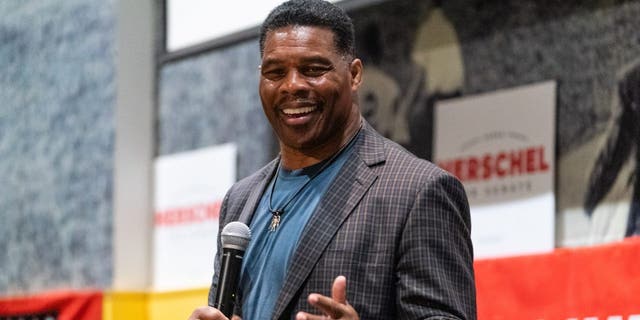 Herschel Walker, Republican Senate candidate, speaks during a campaign rally in Macon, Georgia, on May 18, 2022. (Elijah Nouvelage/Bloomberg via Getty Images)

“But just like his record of skyrocketing inflation, wallet busting gas prices, or surging crime in our communities, the voters of Georgia see what Warnock has done – and it’s why they’re going to elect a true leader and problem solver in Herschel Walker come November,” Lawson continued.

Warnock’s office did not immediately respond to Fox News Digital’s request for comment.