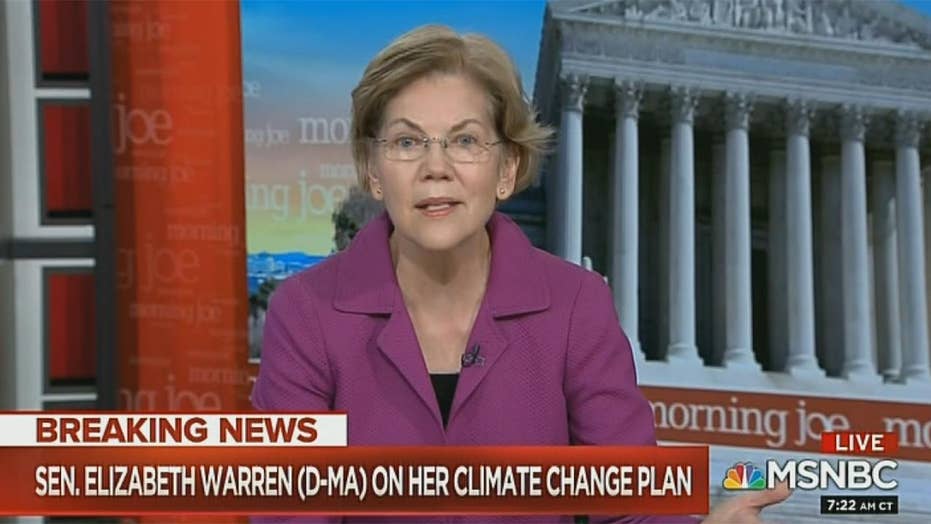 Sen. Elizabeth Warren, D-Mass., proposed radically restricting construction in the United States on Wednesday, telling MSNBC that as president, she would require any new houses or buildings to have "zero carbon footprint" by 2028.

"What scares me is every time you go back to the scientists, they tell you two things: it's worse than we thought and we have less time," Warren told "Morning Joe."

"That means we've got to be willing to do things — for example, like regulation. By 2028, no new buildings, no new houses without a zero carbon footprint," she said, after being asked by host Joe Scarborough what her first move would be, if elected, to "change the tide" on climate change.

She predicted that regulation, along with restrictions on vehicles and electricity production, would allow the U.S. to cut its carbon footprint by 70 percent. Warren said she, in a jab at President Trump, would not have a "coal lobbyist" lead the Environmental Protection Agency.

Warren vowed she would do "everything a president can do all by herself" without having to go through Congress.

Warren's comments reflected a growing trend among progressive Democrats — specifically, calling for sweeping reforms while citing the urgency of the threat posed by climate change.

"We need to start getting comfortable with how extreme the problem is," she said, "because only until we accept … how bad climate change is and how bad it can be for our children's lives, are we going to be comfortable pursuing really big solutions," she said in August.

Warren has also called for a ban on off-shore drilling.

"We must not allow corporations to pillage our public lands and leave taxpayers to clean up the mess," she said in April.