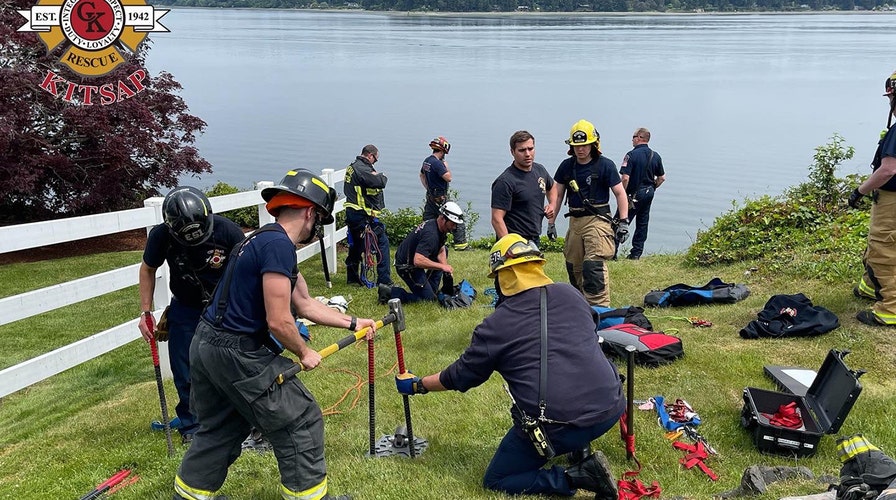 A Washington state couple was rescued Wednesday after they fell down a 60-foot embankment while trying to save their dog that fell from the same slope, authorities said.

Rescue crews were called out to the seaside embankment in Poulsbo after the husband and wife became stuck about halfway down the bluff, Central Kitsap Fire and Rescue said.

The couple had chased after their dog after the pup went over the embankment, rescuers said.

However, the dog did not survive the fall.

Crews were able to reach the wife first and help her the rest of the way down the embankment.

Rescuers rigged a pulley system to lower another rescuer down to the trapped husband and determine whether to hoist him up the slope or lower him down to the beach.

Both the husband and wife were safely rescued and did not sustain any injuries.

Poulsbo is located on Liberty Bay, about an hour-and-a-half drive from Seattle.