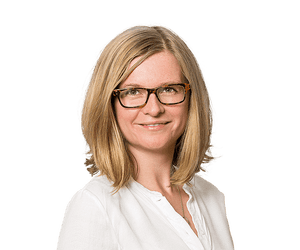 It was one of the few surprises in Philip Hammond’s autumn statement: a £7.6m pledge to save what he described as one of the UK’s most important historic houses – Wentworth Woodhouse near Rotherham.

The chancellor told MPs that the Georgian residence, believed to be the largest private house in the UK, with a 23,000 sq metre (250,000 sq ft) footprint and a 185m facade, was “at critical risk of being lost to future generations”.

While hundreds of thousands of visitors flock each year to Chatsworth House, 30 miles down the road in the Peak District, Wentworth Woodhouse is South Yorkshire’s forgotten gem.

A public footpath runs along the drive, but the house has only been open to visitors in the last decade or so – though for a short period until the 1980s lucky students from Sheffield City Polytechnic (now Sheffield Hallam University) used the mansion as a campus, and after the second world war it served a ludicrously grand training college for PE teachers. (Some of the now rather elderly graduates act as tour guides.)

Earlier this year the Wentworth Woodhouse Preservation Trust (WWPT) managed to raise £7m to buy the house from its last private owners, the Newbold family, a million under the asking price. But they need many more millions to carry out urgent repairs to safeguard what Hammond called “this key piece of northern heritage”.

The group estimates it will cost £42m over the next 12 to 15 years to fully restore the property to what Marcus Binney from Save Britain’s Heritage calls “a true people’s palace”. But the £7.6m from the government will at least pay for the leaky roof to be fixed and stop the damp from completely ruining the splendid interiors.

They hope to eventually open the main interiors and gardens to the public, with the help of the National Trust. They want weddings and special events to take place in the north wing, which was once used as the Sheffield University refectory, and to create offices in the stables. Plans have also been submitted to create 15 residential units in the south wing, which would be used as holiday lets or on shorthold leases to provide an income stream for the WWPT.

Clifford Newbold, an architect who was involved in the design of Milbank Tower and Dungeness Lighthouse, had hoped to restore the palace to its Georgian splendour, but he died last year. After buying the estate for just £1.5m in 1999, his family struggled to pay the £500,000 a year it costs to keep the house ticking over.

Their financial woes were compounded when they lost a high court battle with the UK Coal Authority. They claimed over £100m damage had been caused by an open cast mine which was dug in the 250-acre estate in 1950 at the instigation of Emmanuel Shinwell, minister of fuel in Clement Attlee’s Labour government – an incongruous sight regarded by Binney as “like holding the Battle of the Somme in front of the Chateau of Versailles”.

Hammond’s intervention was welcomed by Rotherham council, which had to make £117m of cuts from its budget from 2010 to 2015 because of the government’s austerity programme, with a further £48m of savings due to be made over the next three years.

John Healey, the local Labour MP, said he had lobbied Hammond to make the case for the house.

“I met the chancellor personally last month to press the case with the chair of the trust, Julie Kenny, and Conservative MP Robert Jenrick, who is a heritage expert. We’ve been meeting ministers and civil servants behind the scenes for over a year, so I’m delighted that the chancellor today recognised the scale of the challenge in saving Wentworth Woodhouse for the public and backed the huge potential boost it could bring to jobs, businesses and visitors in the north,” he said.

Wentworth Woodhouse was originally the home of Charles I’s ill-fated administrator, Thomas Wentworth, 1st Earl of Strafford, who used it for political entertaining. There were 60 family members and servants living in the house in the early 17th century, and it was later home to Charles Watson-Wentworth, a British Whig politician who served twice as prime minister.

In 1835, before she became Queen, a young Victoria stayed at Wentworth Woodhouse, which has almost 400 rooms. She was impressed, recording in her diary: “It is a very fine edifice, and is an immense house, it would be impossible for me to attempt even to give anything like a description of it.”

According to the Newbolds, in 1841 over 1,000 people were employed directly in occupations ranging from carpenters, masons, joiners and labourers to gardeners, housekeepers, servants and more unusual jobs such as rat-catcher and state bed maker.

In 1912 King George V and Queen Mary stayed at Wentworth. Seventy-six bedrooms were required for the royal visit.

Despite its regal past, Hammond’s claim to MPs that Wentworth Woodhouse also served as the inspiration for Pemberley in Jane Austen’s Pride and Prejudice has been rubbished by Austen experts.

In a statement to the Guardian, the Jane Austen Society said there is no evidence Austen ever went to the house or that a character such as Fitzwilliam Darcy could ever have afforded to live there.