Jacksonville city officials announced Monday they are issuing a mandate that face coverings must be worn at all indoor locations and events, paving the way for a clash with President Donald Trump.

‘Please continue to practice personal responsibility to help stop the spread of this virus,’ it continued.

The Jacksonville order will go into effect Monday evening and include all areas where individuals are unable to social distances – including its beaches.

Earlier this month, the Republican National Committee moved its convention to Florida after North Carolina Democrats refused to allow the events to include the president’s desired crowd sizes.

While Jacksonville lawmakers are not putting restrictions on the crowd size, they are now making it clear attendees will be expected to wear masks unless something changes before August.

Donald Trump has never publicly been seen wearing a face mask, although the president insists he has worn them behind the scenes. 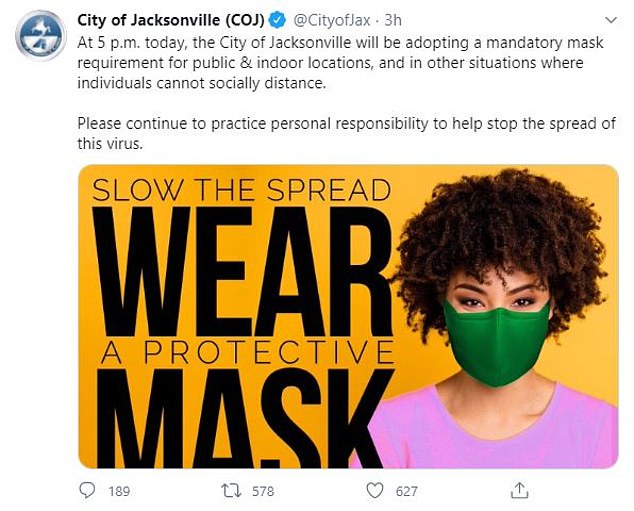 Jacksonville City officials announced Monday afternoon they are imposing a mandate ordering all indoor locations will require people to wear masks – and at outdoor location where social distancing is impossible, like the beach 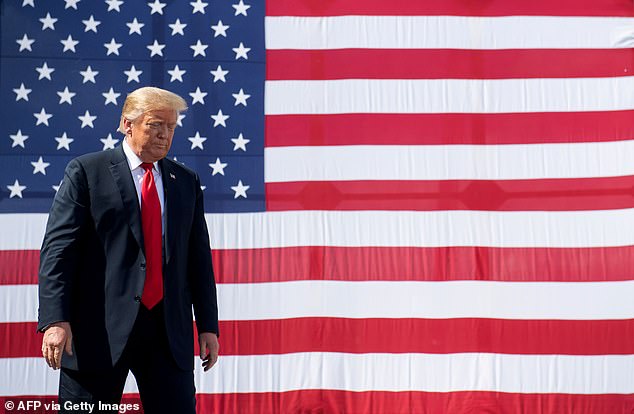 The only exception for wearing a mask is for those under two-years old, those with respiratory or breathing issues or once individuals are seated and eating at a restaurant.

‘Healthcare experts advise masks and cloth face coverings help slow the spread from individuals with COVID-19 to vulnerable populations including from those who are asymptomatic,’ Nikki Kimbleton, the Director of Public Affairs for the City of Jacksonville, said.

‘We continue to urge everybody, please practice personal responsibility, do your part to please help stop the spread of this virus,’ she continued.

The mandate comes after Jacksonville Mayor Lenny Curry said last week that he had no plans to issue a face mask requirement.

‘I do not think that’s a prudent action to take,’ Curry said on June 22. ‘We do not need to have law enforcement out in public enforcing this. It’s not an efficient use of resources and we’re not going to prosecute people, start prosecuting people, ticketing people and arresting people because they choose not to wear a mask.’

Curry was also not present for the virtual announcement of the mandatory mask order Monday, which Kimbleton said was due to Curry having an ‘important prior family commitment.’ 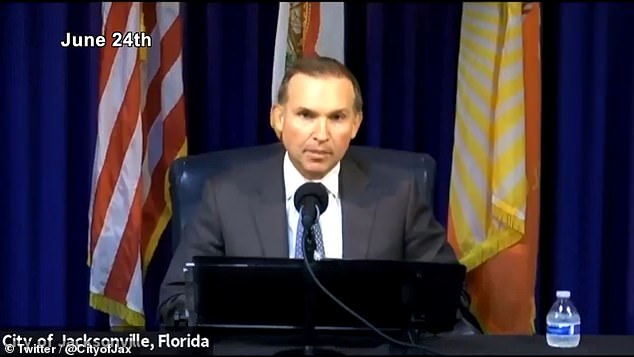 The order also follows a spike over the last week in Florida of coronavirus cases after most cities in the state ended lockdown orders and began to reopen.

Curry’s Chief of Staff Jordan Elsbury said the switch came after speaking to leaders of local hospitals on Monday morning.

‘Every single day, almost, we have conversations with hospital providers and CEOs and other members of our community and we felt that it was time to take this step,’ Elsbury said, according to local Jacksonville outlet New 4 Jax.

The whole state recorded 5,266 additional coronavirus cases on Monday, according to The Department of Health, which brought the total to 146,341. 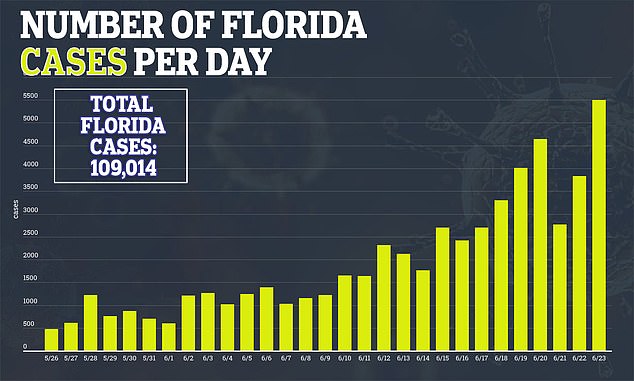 The RNC Convention was originally scheduled to be held in Charlotte, North Carolina, but Trump wanted a crowd for his renomination coronation speech.

While the marquee festivities, including Trump’s speech, have been moved to Jacksonville, some other small events are still being held in Charlotte so the RNC cannot be sued for breaking its contract with the city to hold the quadrennial event there.

The RNC has not yet issued any guidance on whether it will be requiring face masks or social distancing at the convention later this summer.