FIRST ON FOX: Wisconsin Lieutenant Governor Mandela Barnes paid nearly $600,000 in taxpayer dollars for his state police detail over two years while cozying up to the defund the police movement.

Barnes is the presumptive Democratic nominee for Senate to take on incumbent Senator Ron Johnson, a Republican who is running for his third term. 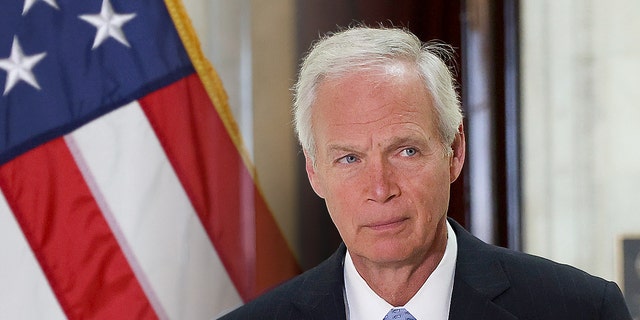 Barnes, who is running for Senate in the Cheese State, dwarfed his Republican predecessor’s spending with his two-year, half a million-dollar bill.

As the Democrat Senate candidate spent the taxpayer money on his own police protection, Barnes was also cozying up to the defund the police movement.

Barnes has made statements online with a soft tone on the defund the police movement, and his campaign has received funding from five groups that advocate for defunding cops.

“Defunding the police only dreams of being as radical as a Donald Trump pardon,” Barnes tweeted in July 2020.

The lieutenant governor also spoke at a major meeting for the Center for Popular Democracy — a far-left group that supports defunding the police and claims Israel targets Palestinians with “violent attacks.”

“In Palestine and everywhere. #FreePalestine,” the Center for Popular Democracy continued.

Omar actively called for and supported the gutting of Minneapolis’ police department. Minneapolis is now amidst a violent crime wave with little police presence.

The Wisconsin lieutenant governor is a noted progressive, aligning himself with “Squad” members like Omar and progressive ideas like abolishing U.S. Immigration and Customs Enforcement (ICE).

However, Barnes has stated in the press that he does not support the defund the police movement, despite his close ties.