A Minnesota man accused of going on a deadly stabbing rampage at a popular tubing destination on a Wisconsin river is now held on $1 million bail despite telling investigators he acted in self-defense when a group of young people accused him of being a “child molester” and attacked him first in the water.

Nicolae Miu, 52, of Prior Lake, Minnesota, is accused of fatally stabbing a 17-year-old rising high school senior and seriously wounding four others, men and a woman in their 20s, Saturday afternoon while out tubing on an area of the Apple River in Wisconsin so badly that one of the victims’ intestines were “hanging from their body” and a slash wound was “exposing internal organs,” according to an affidavit.

But once confronted by investigators, Miu said he, his wife and two friends had come to the river that morning to go tubing, and he had acted in “self-defense” when a group of young people swarmed around him while he went out looking for one of his friends’ lost cell phone, which was in a floater bag.

Miu said the group of young people accused him of being a “child molester,” and video captured someone in a crowd converging toward Miu claiming that he was a pedophile “looking for little girls,” according to the affidavit. Miu, seen on cell phone video taking out a knife clipped to his own pocket, claimed that others “produced weapons” and had two knives of their own. 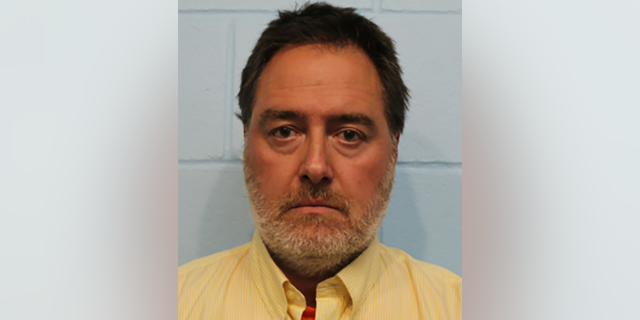 “They attacked me,” he told investigators in an interrogation room. “I was in self-defense mode.”

Miu’s wife told police her husband left their group twice to go looking for the missing phone. The affidavit notes that cell phone video from one witness showed a shirtless Miu holding goggles with a snorkel attached grab onto someone’s tube before someone shouts at him to get away.

He then stands up in the water while “appearing to be looking for something” and tries to walk away before more people begin to gather around him. Multiple people were yelling at him and at least one person touched his shoulder, but the affidavit says, “the video and elapsed time shows opportunity for Nicolae to leave the confrontation.” Miu falls into the water and is shoved back into the water several times before he is seen using a blade in his right hand to stab people who he believed were on top of him. 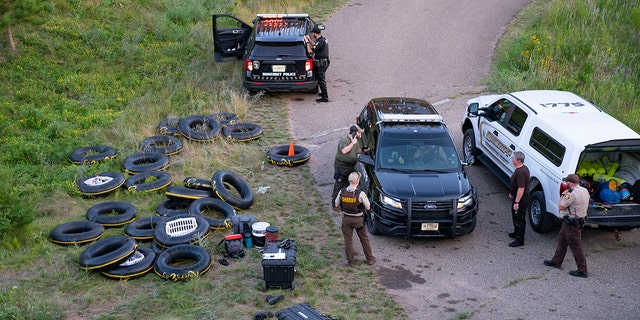 Tubes sit on the bank of the Apple River while Water Recovery authorities comb the area with metal detectors after five people were stabbed while tubing down the river, Saturday, July 30, 2022, in Somerset, Wis.  (Alex Kormann/Star Tribune via AP)

Miu claimed that during the attack someone had tried to pull down his swim trunks and “people were coming at him, punching him, hitting him, and circling around him.” He told investigators the people who attacked him were “too drunk” and “too set on going after people,” the affidavit says.

Interviewed by investigators afterward, one of the people involved in the confrontation described Miu’s behavior as “disgusting” and said he was “looking really weird and sketchily,” according to the affidavit. Miu said that after the group accused him of being a child molester and began insulting him, he chastised the young people for drinking alcohol. 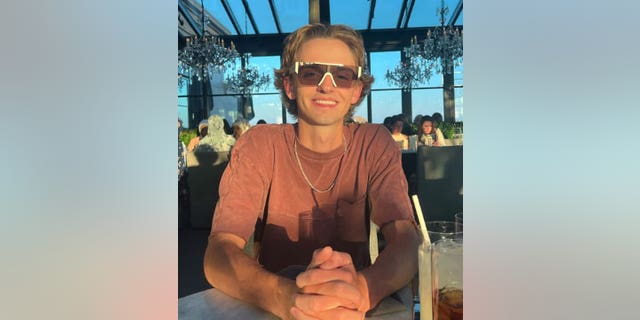 Isaac Schuman, a 17-year-old rising senior at Stillwater High School, was stabbed to death during an altercation while tubing on Apple River in Wisconsin.  (FOX 9 Minneapolis)

After fleeing the scene of the attack, Miu was apprehended about an hour and a half later at a different section of the river by an exit ramp for tubers.

When investigators told him one teen had died and four others were rushed to hospitals after the stabbing incident, the affidavit notes Miu said he was sorry, put his head in his hands and said, “Oh my God.” He remarked that his whole life was now “down the tubes.”