Woody Allen is blamed for lack of a bike lane where cyclist died on Tuesday after being hit by a truck: Film director objected to plan in 2016 because ‘it couldn’t be installed in a graceful way’

Film director Woody Allen and his neighbors living on Manhattan’s Upper East Side are facing backlash for not voting in favor of setting up a bike lane in the area back in 2016 after a cyclist was fatally hit by a truck on East 85th Street on Tuesday.

Carling Mott, 28, and a resident living on 84th Street, was riding a Citi Bike at around 11 a.m. towards Madison Avenue between parked cars and a semi-trailer truck that had just started to move on a green signal when she was struck and killed.

In 2016, Allen reportedly objected to a proposal from New York City‘s Department of Transportation’s to Community Board 8 to have six bike lanes across the Upper East Side that would go through East 84th and 85th Streets, as well as East 78th, 77th, 68th and 67th Streets, according to several local news outlets.

His reason for standing against the proposal was because bike lanes could not be set up ‘in a graceful way.’

The bike lanes would have also gone through Lexington, Park and Madison Avenue, where Mott was killed, a diagram from New York City’s Department of Transportation shows. 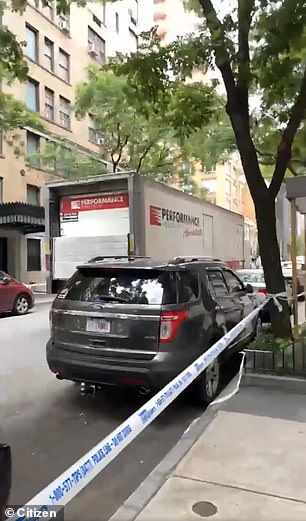 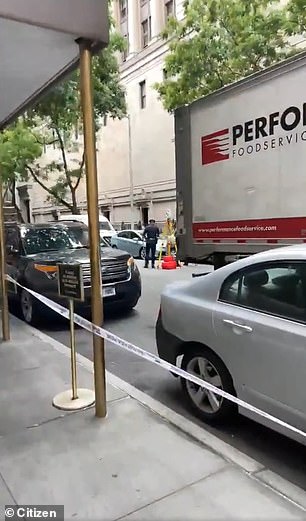 A semi-trailer truck driver employed by a food distribution company fatally hit Upper East Side resident Carling Mott, 28, on Tuesday morning while she was riding in between parked cars and the truck in absence of a bike lane on 85th Street 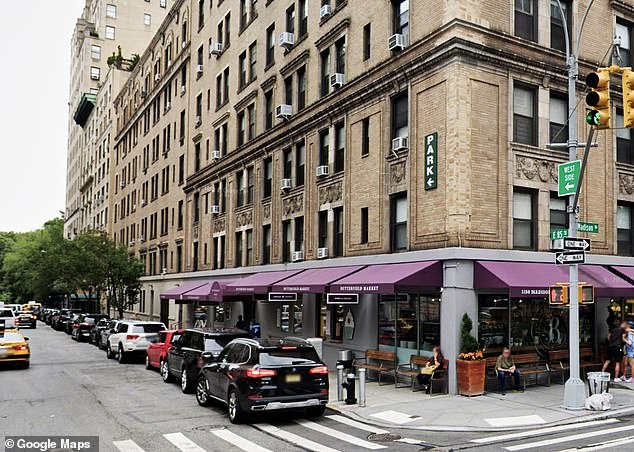 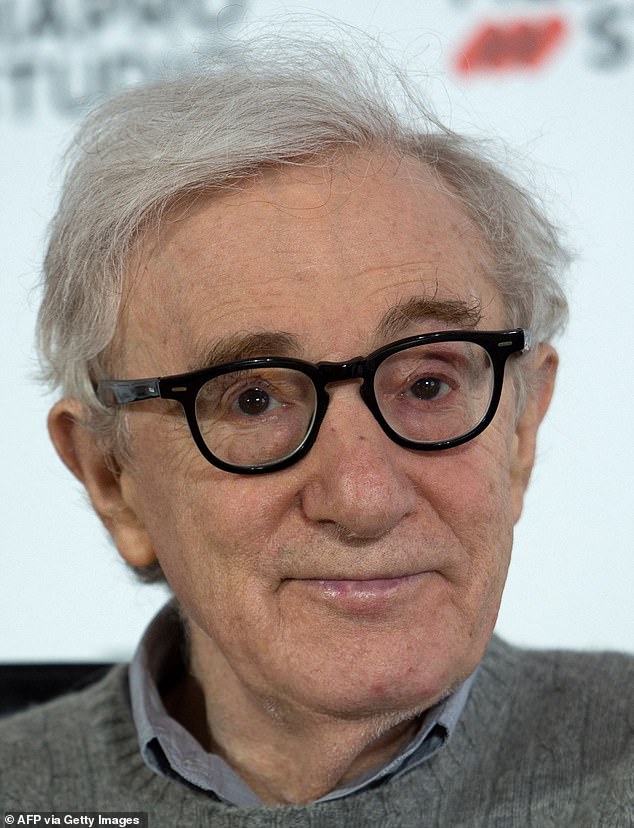 Woody Allen opposed bike lanes being set up in the Upper East Side, including one which would have been installed where Mott was killed on 8th Street 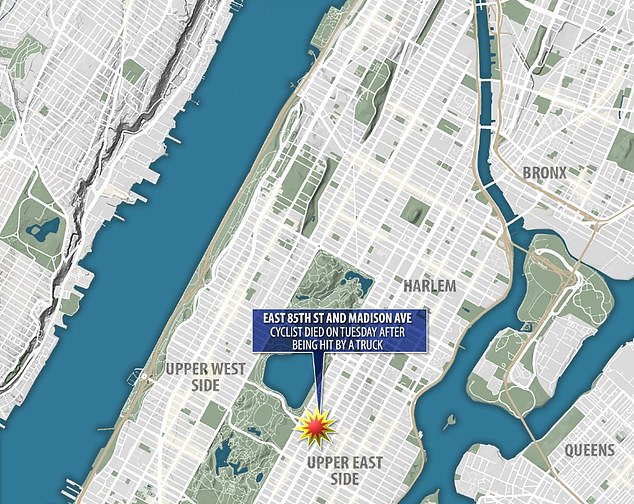 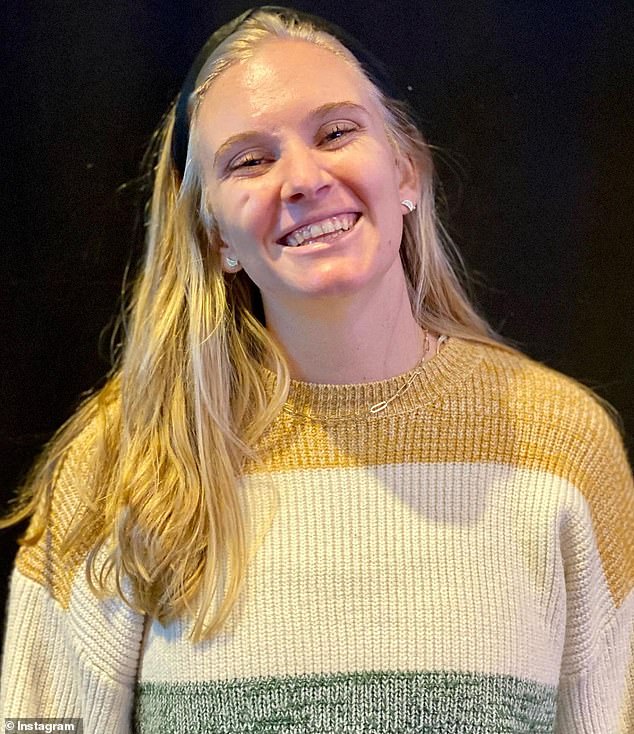 Carling Mott, 28, was a employee working Nickelodeon when she died from the incident earlier this week

The single lanes would have also been color-coded in paint, similar to others in the city, but no barriers would have separated bikers from cars.

Residents, including Allen, however, expressed their concerns about putting bike lanes on 84th Street between Fifth and Madison, a block that they said has been restriped for the M86-SBS route, according to Patch.

There were also a number of people concerned about the block of 84th Street between Madison and Park Avenues, which was closed to vehicular traffic for part of the day at the time.

Other complaints regarding the proposal for 84th and 85th Streets involved slow traffic on both blocks, speeding traffic at other times on 85th Street, and the presence of residential buildings, clinics, and schools, according to a Community Board 8 meeting in February 2016.

‘Carling Mott should be alive today. Her death was preventable and is the result of delaying, shrinking, and withholding vital street safety infrastructure,’ said Anna Melendez, a member of Manhattan street-safety group Transportation Alternatives, in a statement.

‘The Adams administration must invest in a network of crosstown protected bike lanes on the Upper East Side to protect bike riders from deadly cars and tractor-trailers,’ she added. 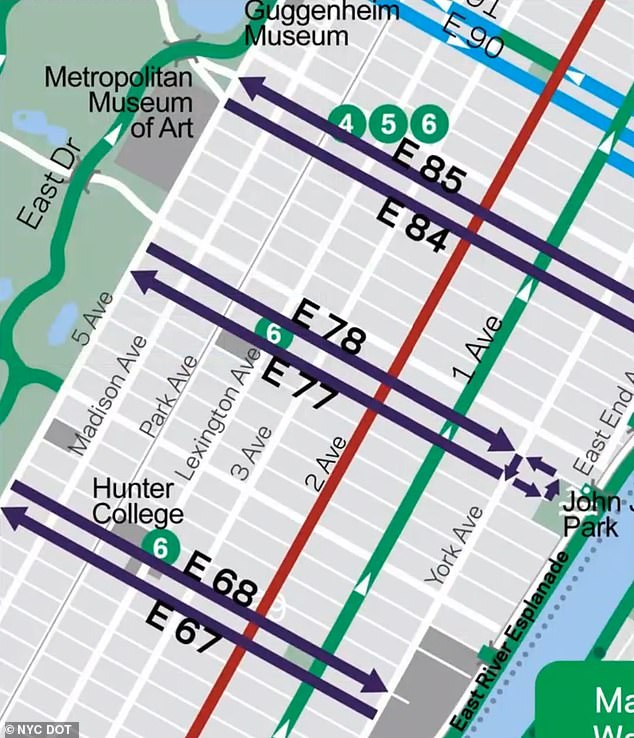 A diagram presented by the New York City Department of Transportation to Community Board 8 in 2016, showing the proposed bike lane on East 85th Street, where Mott was hit 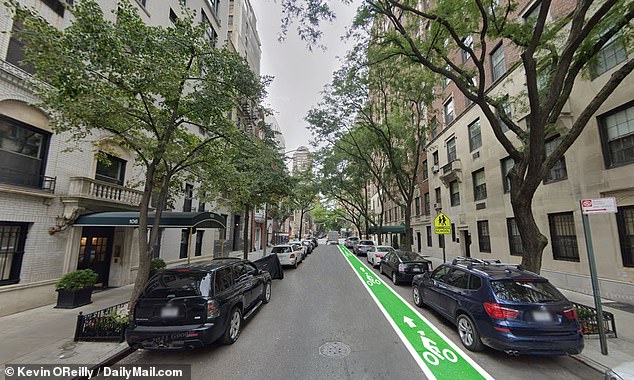 The single lanes would have also been color-coded in paint, similar to others in the city, but no barriers would have separated bikers from cars 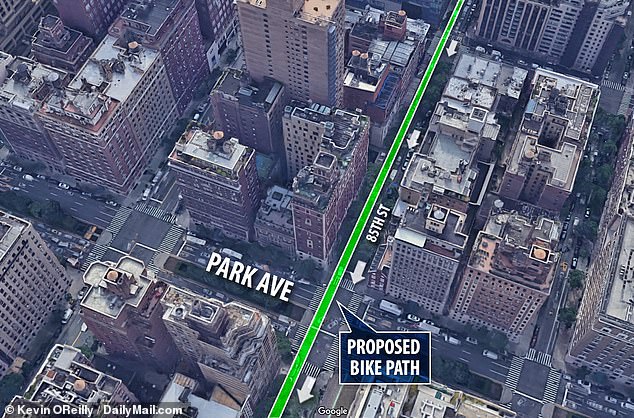 Among the complaints regarding the proposal for 84th and 85th Streets involved slow traffic on both blocks, speeding traffic at other times on 85th Street, and the presence of residential buildings, clinics, and schools

The truck driver, who works for Performance Foodservice, was not charged in the aftermath of Mott’s death.

It remains unclear if he is still employed, as DailyMail.com contacted the food distribution company for comment but has yet to receive a response.

East 85th Street is not listed as part of the city’s accessible routes for trucks, but East 86th Street is, and 53-foot-long tractor-trailers are banned from all five boroughs, according to New York City’s Department of Transportation (DOT).

After the fatal incident, Transportation Alternatives’ Executive Director of Advocacy Danny Harris said in a statement that New York City DOT officials ‘had failed to build adequate crosstown protected bike lanes in this neighborhood. The absence of safe biking infrastructure on the Upper East Side is deadly.’

The non-profit organization also states that 11 people had been killed while riding bikes so far in 2022,  according to data shared with Pix 11.

Mott, who graduated from Syracuse University in 2016, was Nickelodeon employee at the time of her death, according to LinkedIn. She was originally from Ocean City, New Jersey, her friends told Pix 11.