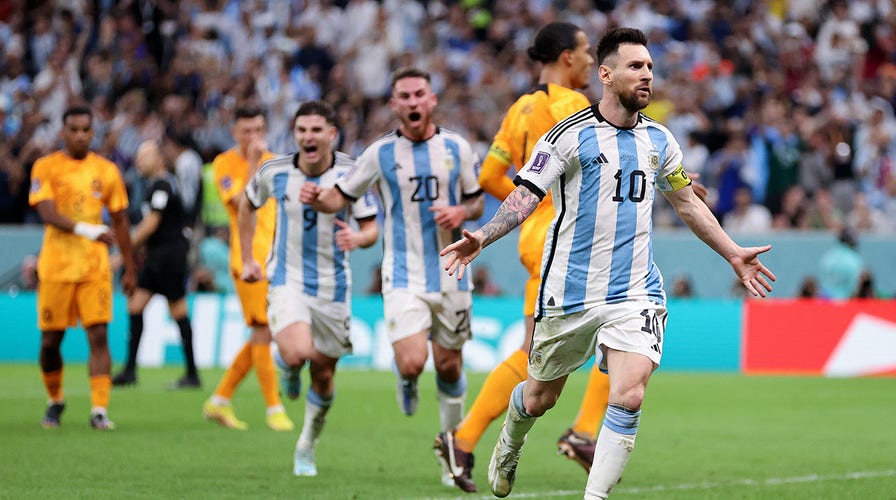 The World Cup quarterfinal match between Argentina and the Netherlands had all the ingredients of a classic, and it certainly delivered.

Lionel Messi up against Virgil van Dijk. The youngest coach at the World Cup taking on the oldest. South America versus Europe

Neither quarterfinal match could be settled in regulation and required penalty kicks to determine who would play in the semifinals Tuesday. Argentina beat the Netherlands 4-3 in a penalty shootout, advancing Messi’s quest to win the World Cup. 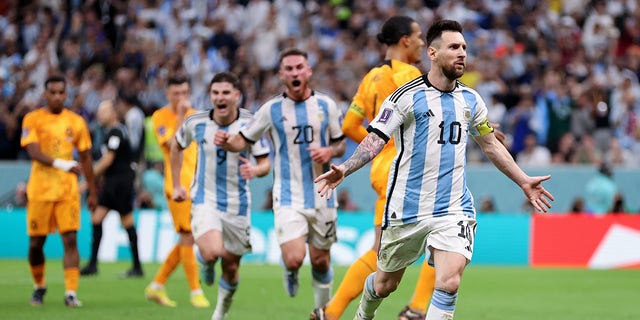 Lionel Messi of Argentina celebrates after scoring the team’s second goal via a penalty during a FIFA World Cup Qatar 2022 quarterfinal match against the Netherlands at Lusail Stadium Dec. 9, 2022, in Lusail City, Qatar.
(Clive Brunskill/Getty Images)

Earlier Friday, Croatia stunned Brazil in their quarterfinal matchup, winning on penalty kicks and stamping its ticket to the semifinal round.

Messi converted on his penalty kick at the end of Round 1 to put Argentina up 1-0.

Damián Martínez stopped Steven Berghuis’ kick to keep the Dutch off the board through the first two rounds of penalty kicks.

Leandro Paredes put Argentina up 2-0 through two rounds with a goal along the post. Teun Koopmeiners finally got the Dutch on the board in penalty kicks in Round 3.

Gonzalo Montiel kept Argentina on the path to victory with his kick to make it 3-1 through the first three rounds.

In regulation, Wout Weghorst’s header in the 83rd minute gave the Dutch their first score of the match and made it 2-1. 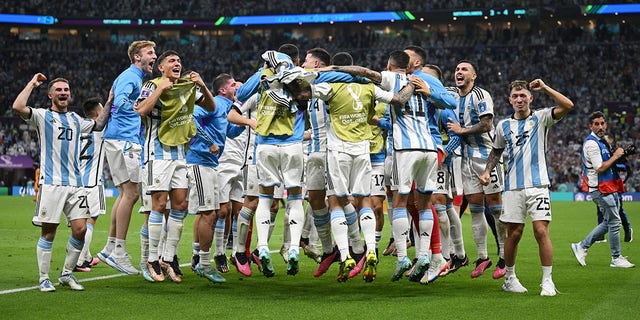 Argentina’s players celebrate after their win in a penalty shootout during a FIFA World Cup Qatar 2022 quarterfinal match against the Netherlands at Lusail Stadium Dec. 9, 2022, in Lusail City, Qatar.
(Matthias Hangst/Getty Images)

The intensity of the match reached another gear when Argentina’s Paredes committed a foul in front of the Dutch bench in the 88th minute. The foul resulted in a yellow card.

Paredes then kicked the ball toward the Dutch bench, prompting its players to charge him. 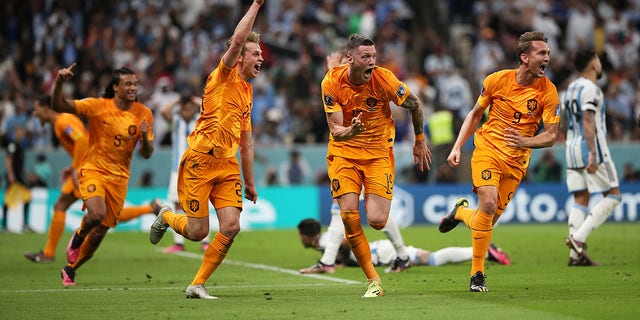 Weghorst scored his second goal of the match off a set to save the Netherlands and send the match to extra time.