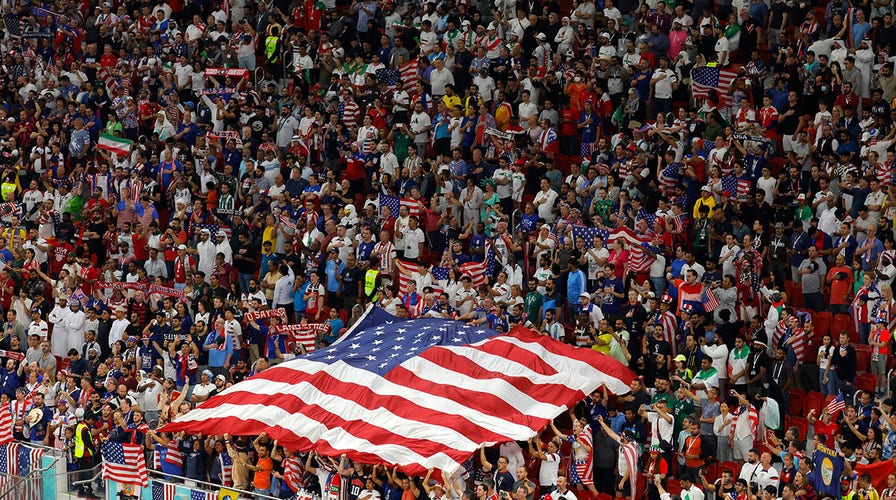 Amid protests in Iran that have lasted close to three months, many Iranians were rooting for the United States to defeat their own home country in Tuesday’s World Cup match.

Tuesday’s match was pivotal for both squads. Iran would have advanced to the knockout stage with a draw, while the USMNT needed a win, which it got, to advance.

However, some protesters feel an Iranian loss or draw will now hurt the regime on the world stage and give fuel to the protesters’ fight. 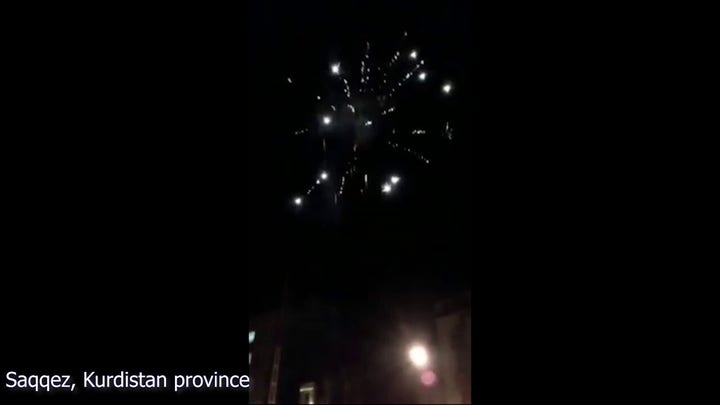 In an encrypted telephone interview with Fox News Digital Monday, an Iranian woman who called herself “Mahoora” and lives in southern Iran, said, “It’s not just some people in Iran, it is the majority of people in Iran that want the U.S. to win (on Tuesday). The silent majority [of Iranians] did not celebrate theregime team’s victory over Wales.”

Celebrations occurred in many districts of Tehran, the capital of Iran, as well as the highly populated cities of Mashhad, Isfahan and Karaj. 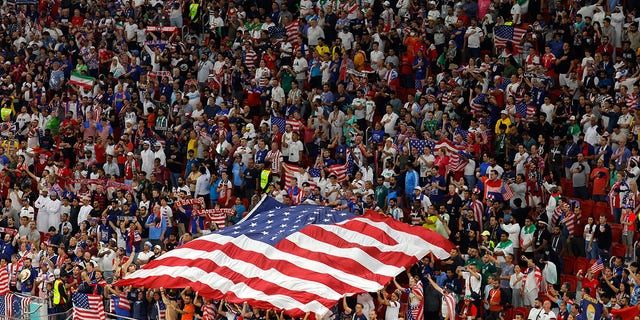 Supporters of the U.S. attend the Qatar 2022 World Cup Group B match between Iran and the U.S. at the Al-Thumama Stadium in Doha Nov. 29, 2022.
(Odd Andersen/AFP via Getty Images)

WORLD CUP 2022: CHRISTIAN PULISIC GETS PRAISE FROM US TEAMMATES FOR PUTTING BODY ON LINE FOR GAME-WINNING GOAL

Ali Safavi, a member of the foreign affairs committee of the Paris-based National Council of Resistance of Iran, released the following statement:

“The jubilant reaction across Iran over the regime soccer team’s defeat tonight reflects first and foremost the degree to which the Iranian people loath and detest the ruling mullahs and want to see it overthrown. They knew that the regime was trying to exploit the presence of its team in the World Cup to overshadow the ruthless manner with which it has cracked down on the nationwide uprising, which has left 660 protesters, including at least 60 children, dead and 30,000 (arrested). At no time in its 43-year rule, has the regime been so isolated in the eyes of the Iranian people who are determined as ever to topple it.” 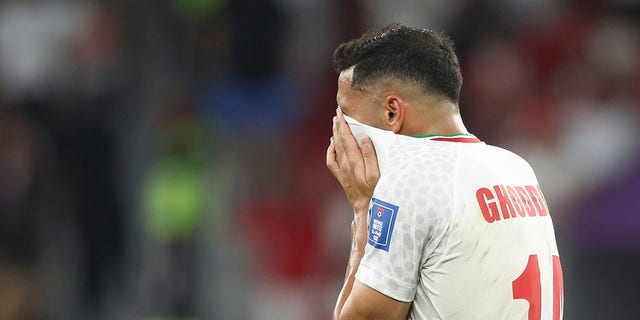 A dejected Saman Ghoddos of Iran as his team is knocked out of the FIFA World Cup in the group stage during a FIFA World Cup Qatar 2022 Group B match between Iran and the U.S. at Al Thumama Stadium Nov. 29, 2022, in Doha, Qatar
(Matthew Ashton/AMA/Getty Images)

The United States also roiled Iran over the weekend when the U.S. Soccer Federation briefly scrubbed the Islamic Republic emblem from its flag in a social media post in support of the protesters. Iran called for the U.S. to be banned from the tournament after the demonstration.