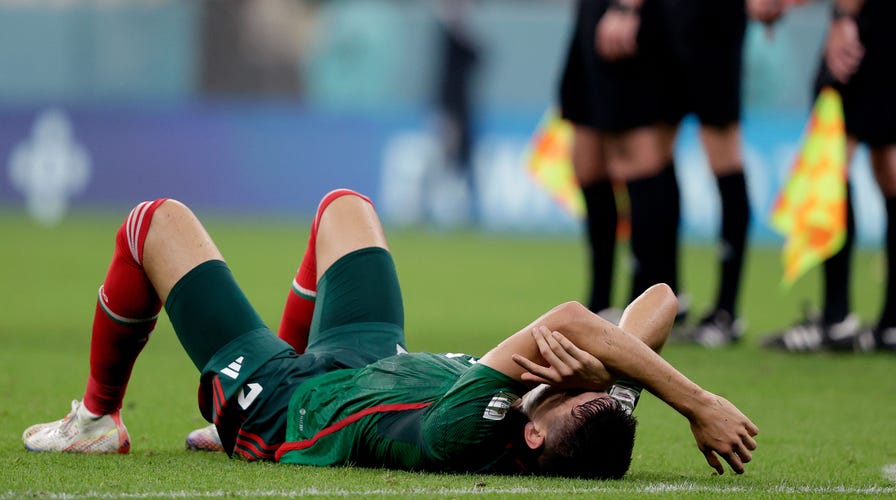 Mexico beats Saudi Arabia in their final Group C match on Wednesday in Qatar, but it wasn’t by enough.

Thus, tiebreakers were to be considered. The first is goal differential, and because Saudi Arabia’s Salem Aldawsari scored in the 95th minute of the match, Mexico’s goal differential fell to minus-one despite a 2-1 victory. 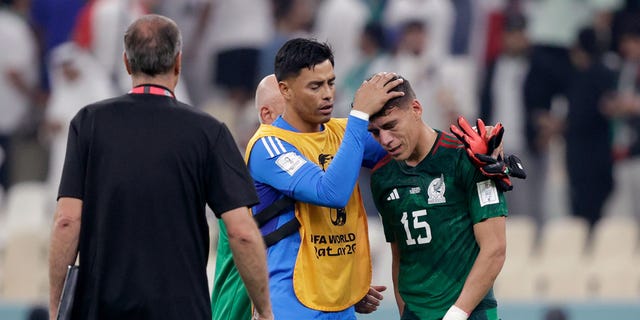 Alfredo Talavera of Mexico, Hector Moreno of Mexico disappointed after the shutdown  during the  World Cup match between Saudi Arabia  v Mexico at the Lusail Stadium on November 30, 2022 in Lusail Qatar
(David S. Bustamante/Soccrates/Getty Images)

But even if Mexico didn’t give up the last-second goal to Saudi Arabia, they would not have beaten Poland in tiebreakers. It came down to the amount of yellow cards that each team had over the course of three matches, and Mexico had seven to Poland’s four.

In turn, Poland advances to the round of 16 and Mexico goes home.

Saudi Arabia is also out of the World Cup after their thrilling upset against Argentina to begin the tournament. With a win against Mexico, they would’ve moved on to the round of 16.

These two goals against Saudi Arabia were all that “El Tri” put together in the World Cup after drawing against Poland to open the tournament, 0-0, and then falling to Argentina, 2-0, this past Saturday.

It was Henry Martin that finally got Mexico on the scoreboard in the 47th minute, as Cesar Montes flicked on a beautiful touch pass further into Saudi Arabia’s box after a cross and goalkeeper Mohammed Alowais had no chance to stop it in close.

But an even more beautiful goal came off the left boot of Luis Chavez, who bent a free kick to the right side of the net and out of Alowais’s diving reach to put El Tri up 2-0. 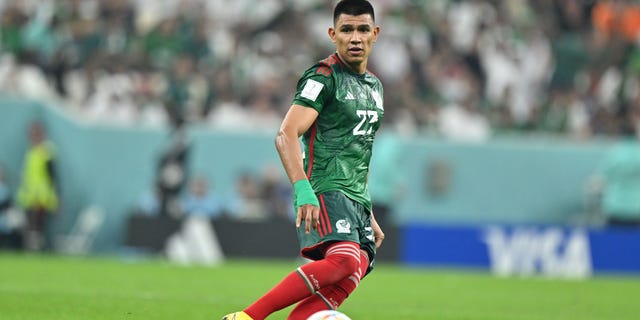 However, considering the goal differential from that Argentina-Poland match still kept Mexico out of it, they remained aggressive to notch that third goal.

Three minutes later, it looked like Hirving Lozano notched it when he beat Alowais to the right side, but the flag went up for offsides.

In the 77th minute, Lozano brought the ball into the box and had Uriel Antuna in perfect position to drop in an easy goal with Alowais off his line. However, a Saudi Arabia defender saved it with a sliding stop.

And even more crushing for Mexico fans was Antuna being called offsides on what would’ve been another goal just before the 87th minute.

Aldawsari would kick home the dagger for Mexico on a solid one-two play into Mexico’s box and past goalkeeper Guillermo Ochoa. 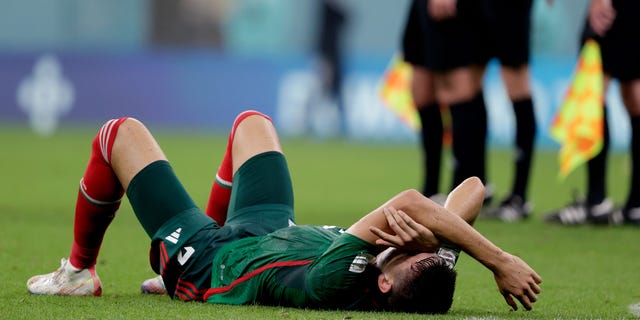 Cesar Montes of Mexico disappointed  after the shutdown during the  World Cup match between Saudi Arabia  v Mexico at the Lusail Stadium on November 30, 2022 in Lusail Qatar
(David S. Bustamante/Soccrates/Getty Images)

With Group C complete, Argentina will go on to face Australia in the round of 16, while Poland will face a very tough France team that lost to Tunisia on Tuesday, though many starters were not on the pitch.