Gowdy: What is the impact of the ‘historic’ bipartisan gun law?

A nonprofit organization in North Carolina that faced local backlash for raffling off a rifle to raise money for young athletes and cheerleaders was inundated with support nationwide following coverage on Fox News Digital.

“In a time when our world has felt so small, so godless, so dark and so lonely, our world grew brighter this past week,” a mother with the East Henderson Youth Football and Cheerleading League (EHYFCL) in East Flat Rock, North Carolina, told Fox News Digital. “From coast to coast there has been an overwhelming wave of support for not only our league, but our community as well.”

As Fox News Digital reported on Sept. 4, EHYFCL refused to cave following attacks from some locals for offering the winner of their fundraising raffle an FN 15 Patrol Carbine M-LOK 16″, an ArmaLite 15-style rifle with a suggested retail price of $1,299. Football players in the parent-run league are five to 13 years old, and members on the cheer team are ages four to 13, according to the organization.

“We kicked off this fundraiser with the expectation that it would raise enough money to purchase a few new shoulder pads, some new padded football pants, which we are in desperate need of, and have enough funds to get us through to next season,” the mother said. “What we never expected was for a parent to take her grievances to the local news station instead of having a conversation with us. That is particularly frustrating. We certainly didn’t expect to be headline news across the nation.” 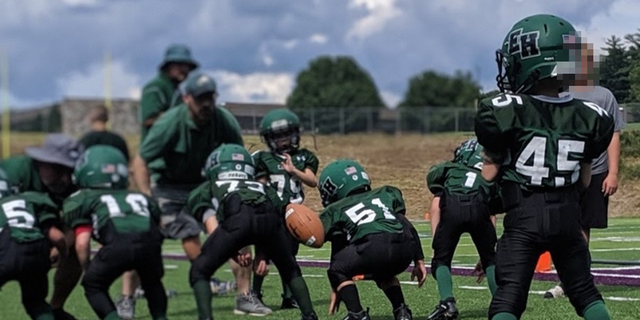 Young athletes with East Henderson Youth Football and Cheerleading League, which was overwhelmed with support by Fox News readers. (EHYCL)

The parent who took issue with the prize choice, believing it to be inappropriate for a children’s league, was quoted anonymously in local media, telling ABC affiliate WLOS, “I was honestly shocked when I received the message that the children were going to be selling an assault rifle because of what’s going on at schools around the country. I thought it was in very bad taste for them to choose a weapon that is being used against children.”

The mother said the initial stories about the league’s raffle were replete with “false headlines, misleading reports and inaccurate information.” She added that some articles “took direct quotes from our page and changed our very own words to advance their own narrative.” In Fox News Digital’s Sept. 4 article about the backlash, the mother explained that the league’s raffle was following the law and that the rifle being offered was not even by definition an assault rifle.

“Some reports even added information that puts our children in more danger than selling tickets to a legal raffle ever would,” the mother continued. “Our practice locations were broadcast in one article, other articles reported us as schools in our area. We’ve received hate mail, nasty messages, uninformed opinions, pushback and even a local artist thought it would be cute to draw a comic attempting to depict his version of how he thinks this raffle works.” 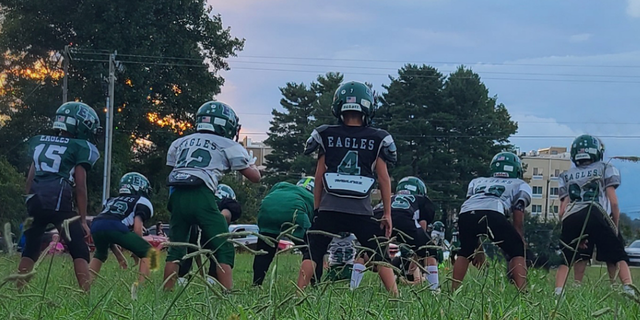 Support for the children of the East Henderson Youth Football and Cheerleading League flooded in from nearly every state following Fox News Digital coverage. (EHYCL)

“All of that pales in comparison to the love and encouragement we have seen from across this great nation,” the mother said of the support that overwhelmed the league following Fox News Digital’s coverage. She said support first started to trickle in from Texas, then the story caught the attention of their neighbors in the Carolinas. Before long, donations and kind messages were flooding in from throughout the U.S. “There are not many states we haven’t had at least one person reach out from,” she said.

“We are so grateful for the blessings that God has provided us through this ridiculous backlash,” the mother said. “We have far surpassed our goals, and now have the ability to pass those blessings on to others in need. We have read every message, transaction note and email that has come our way. The supportive messages are coming from both retired and active military personnel, law enforcement officers, firefighters, fellow youth organization leaders, teachers, lawyers, entrepreneurs and grandparents trying to save our backwards society.”

Everyone wants to talk about bullying, but no one wants to stand up against them. When someone finally does stand up, they are the ones who are punished, not the bully. We’ve all had enough.

— A mother with EHYFCL in North Carolina

“They are thanking us for standing our ground, for volunteering our time to support our future, for loving these children, for praying over them; for teaching them to have a backbone, to stand up for what they believe in, to protect our constitutional rights and to not back down to bullying. Everyone wants to talk about bullying, but no one wants to stand up against them. When someone finally does stand up, they are the ones who are punished, not the bully. We’ve all had enough,” the mother continued.

“The truly validating thing about this entire experience is that the Second Amendment community is full of heart, compassion, safety, protection, love, honor and respect. The opposition has been disrespectful, hateful, intolerant, uninformed and often downright disgusting. Our young children do not conduct themselves in the manner that these adults have been behaving,” she added.