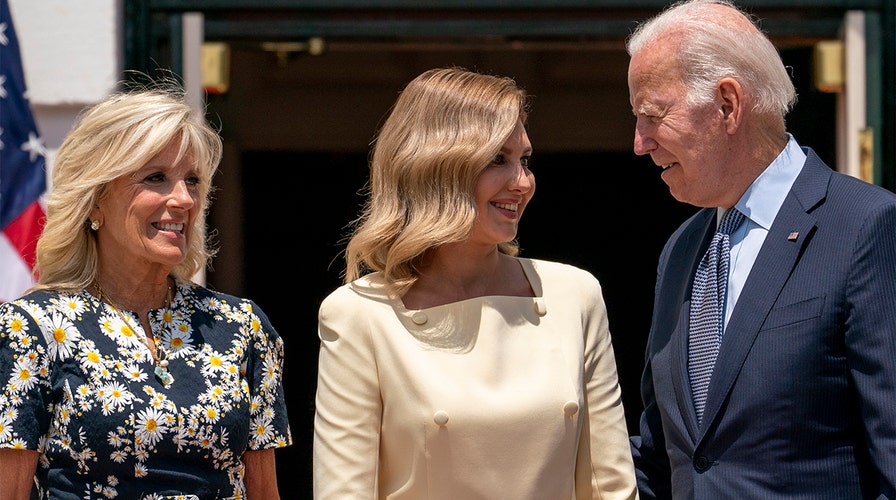 Ukrainian President Volodymyr Zelenskyy became a symbol of bold leadership after his valiant defiance against Russian oppressors when the ongoing Ukrainian war began at the end of February.

Five months later, the Ukrainian leader and First Lady Olena Zelenska sat down with Fox Nation host Piers Morgan, Monday, to discuss the latest developments from the Russia-Ukraine conflict and sound off on key world issues, including Biden’s failure to visit the region so far.

“I believe this [a Biden visit] would be a great signal, a big signal. Everyone sees Ukraine’s attitude toward the U.S.; this would be the highest support, and we had huge support from the side of the First Lady who met with Olena here, and it was the correct visit,” he said, adding the visit was anticipated but “very unexpected.”

UKRAINIAN PRESIDENT ZELENSKYY REMAINS DEFIANT 5 MONTHS INTO INVASION: ‘EVEN THE OCCUPIERS ADMIT WE WILL WIN’ 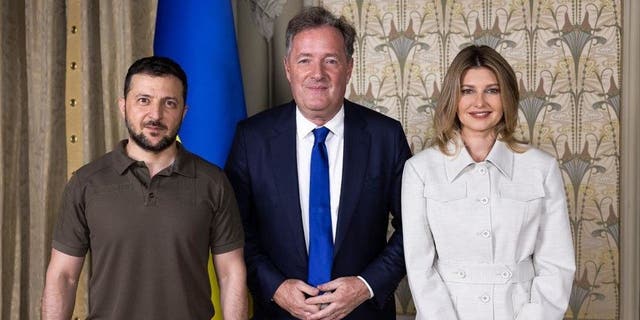 He said he believes a visit from President Biden would be even more impactful.

“Of course, the visit of President Biden to Ukraine would be the strongest signal which can be given in support of Ukraine,” he said. 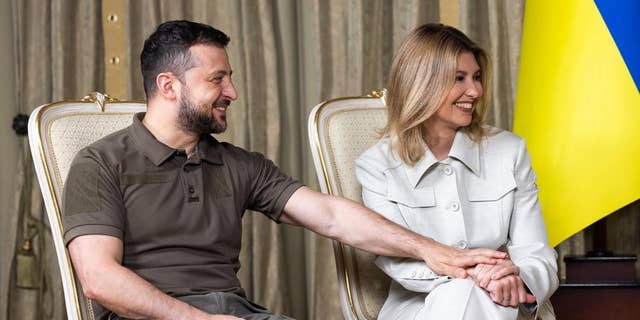 The final portion of the three-part interview, which begins streaming Wednesday night on Fox Nation, additionally highlights Zelenskyy’s marriage to Olena, the impacts the Ukrainian war have had on their bond as well as issues outside the home – including his close diplomatic partnership with outgoing British Prime Minister Boris Johnson and his thoughts on Johnson’s resignation and possible return to politics. 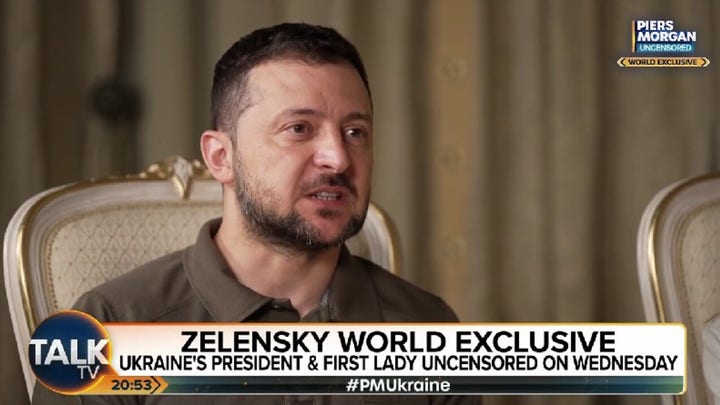 Morgan also delved deeper into British politics, pressing Zelenskyy for his thoughts on the candidates vying to be Britain’s next prime minister, and asking for his message to them.

Zelenskyy said he hopes to continue close diplomatic relationships with Great Britain regardless of its change in leadership.